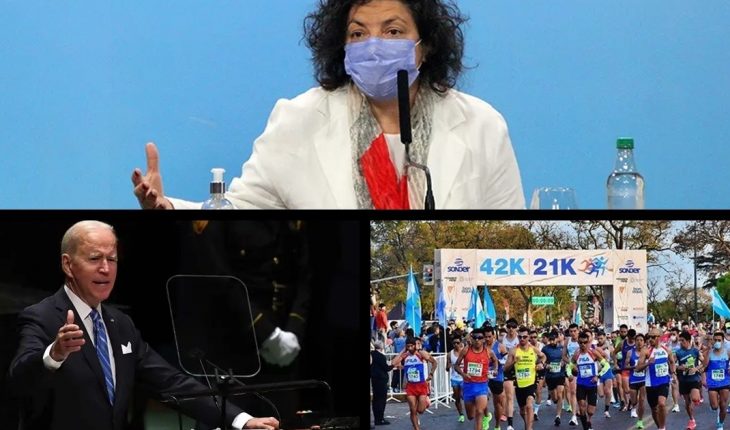 1. Vizzotti defended the flexibilizations: “The epidemiological situation is indisputable and really optimal”

The Minister of Health spoke after the first cabinet meeting headed by Juan Manzur; what he said about the mandatory use of the chinstrap. I kept reading here… 2. Fernán Quirós: “It’s not yet time to take off our chinstrap”

The Minister of Health of Buenos Aires commented on the measures announced yesterday by the national government. When its obligation could be eliminated in the City of Buenos Aires. I continued reading here… 3. Province of Buenos Aires begins vaccinating children under 18 years of age without comorbidities

It was announced by the Minister of Health of Buenos Aires; supported the flexibilizations announced by the national Government; said that the decline in cases “could be permanent”, but avoided talking about the “end of the pandemic”. I continued reading here… 4. Martín Guzmán contradicted Cristina Kirchner: “There was no fiscal adjustment”

The vice president had criticized the “fiscal adjustment policy” that the government was carrying out. I continued reading here… 5. Five questions to Eve Calletti after the premiere of ‘Osadía’

On October 9, the artist will star in a show at the Xirgu to make the official presentation of her debut album. I kept reading here… 6. Massive races in Argentina are back

After cancellations and postponements, the Rosario Marathon marked the return of running in the prelude to the 21k and 42k of Buenos Aires. I continued reading here… 7. Argentina will pay US$1.885 billion to the IMF today

Argentina will cancel this Wednesday the first capital payment of the loan for US $ 44,000 million contracted in 2018. I continued reading here… 8. U.S. to Donate 500 Million Vaccines to Fewer Resourced Countries

They will be distributed through the Covax mechanism; President Joe Biden seeks that in September next year, 70% of the world’s population will be vaccinated. I kept reading here…

In addition: The death toll from COVID-19 in the United States surpassed that of the 1918 flu
9. Friends: a day like today premiered its first chapter and we have curious facts

The series first aired on September 22, 1994 on NBC and ended on May 6, 2004. I kept reading here… 10. Taxi drivers erupted in fury against Bake Off after Gabriel’s removal

The colleagues of the first eliminated from the pastry competition published an open letter in repudiation of the Telefe program: “It seems that they want to see us dead”. I kept reading here… 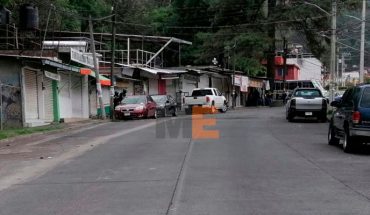