since 2002, the Bishop emeritus of La Serena Francisco José Cox resides in a House of the gathering tion of the Schoenstatt fathers in Germany dedicated to a «life of silence, prayer and Penance», according to the official version given by Chilean Catholic Church.
The cure is an iconic actor and face of the first case of sexual abuse perpetrated by prominent members of the national clergy, but at the time the allegations were dashed.
Cox, of 85 years, lives in a House of the Congregation of the Schoenstatt fathers in Vallendar, Germany, and today faces at least 4 complaints against: 3 of them in Chile, Hernán Godoy, Abel Soto and Edison Gallardo, and one in the European country (up to the mom ENTO is unknown who filed it).
According to the information provided by his congregation to El Mercurio, Cox «does not develop any activity due to its physical and intellectual deterioration».
Read also the testimonies against Cox: victim of sexual abuse: «Bernardino Piñera is the Bishop Cox Cloaker» survivor of the priest Cox: «told Me ‘ go son, let’s play ‘» rage of laymen however, the grouping of lay Juan XXIII of La Serena, formed for report and obtaining justice for the victims of sexual abuse by priests, has become in all a headache for Cox.
In a protest action, recently managed the removal of a plaque that recognizes the Emeritus Bishop in the Cathedral of La Serena. And in the last hours, he has released some images of the Bishop emeritus of recent data.
«And thinking that the accomplices, who was ill with dementia and on the verge of death say. Thanks Schoenstatt by taking care of it and protect it! «, published on Facebook, funando thus the controversial religious.
The images were also shared by Juan Carlos Cruz, one of the victims of Fernando Karadima. «This is the pedophile Cox Bishop. The cardinal Errázuriz helped and helps to hide. Which supposedly is in life of penance and prayer, deteriorated, escaped from Chile and his righteousness in a House of Schoenstatt in Germany. With access to children. I have no words. @episcopado_cl», wrote in his account on the social network.
Felipe Barraza, spokesman for the grouping of lay Juan XXIII of La Serena, told the newspaper the day of La Serena «our first initial objective was to the plate, but we are about to join Hernán Godoy, Abel Soto and Gallardo Edison, among others, that are with that thorn in the cor azon that affected their personal and emotional development. He having to carry this and we will escort them to hopefully Cox was extradited and is Court and stop hiding behind a cassock and the title of Archbishop Emeritus. That age is not limited to judge it». 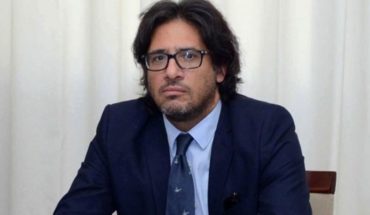 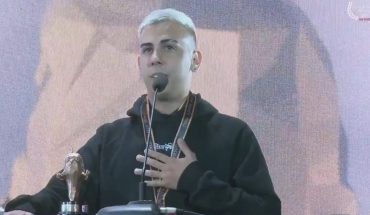