an escape attempt followed an arson and a fight among prisoners ended with 4 of them died in a police station in the village of 9 April, the party of Esteban Echeverría. How was?
As stated by the NA News Agency, it all started when police officers from the police station in this area known as Transradio 3rd discovered that two prisoners were trying to force bars. Immediately, officials alerted their superiors and arrived soon after, a series of patrols to provide support.

Convicts, noting that had been caught red-handed, generated a fire burning mattresses which resulted in a discussion with the rest of the inmates, upset with the situation. Act followed, is ushered in a fight, after which killed 4 inmates, supposedly by poisoning smoke. who tried to escape?
According to the data provided by the Agency, one of the initiators, now deceased, was known as “El Jere”. Last name Rodriguez, was deprived of his liberty, accused of “aggravated robbery” and “use of weapons”.

Neighborhoods and Rodriguez, two of the convicts who initiated the incidents | Photo: Twitter on the other hand, Walter Gabriel Barrios, called “Choco”, was targeted as who started the fire. It was causes by “breaking and entering”, “theft cover-up”, “attempted theft”, “aggravated threats”, “aggravated theft and robbery” aggravated. It is unknown the identity of the remaining deceased. what happened to the rest of the inmates?
Ten of the convicts were transferred to different health centres after injury. It transpired that four of them would be injured from gravity. Meanwhile, discusses the possibility of deriving the rest of those present, unharmed, to other law enforcement agencies. 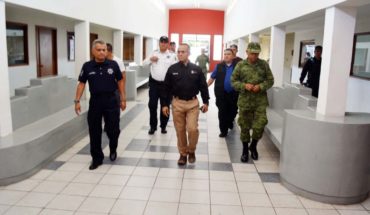