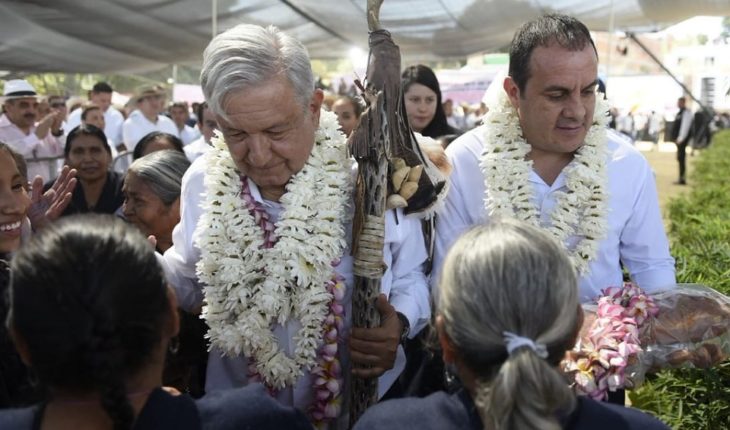 faced protests for the operation of the thermoelectric plant in Huexca, in Cuautla, Morelos, President Andrés Manuel López Obrador criticized «radical left» that oppose the Government and said that in order accounts, «Although there are shouts and vociferously», the decision of the people shall be respected when voting at a consultation on the energy project.
«Listen, radical left, which for me are nothing more than conservatives», said Lopez Obrador in Cuautla, the distance some claims, and to see some banners.
«If not used the power of the Federal Electricity Commission, of a company in the nation, instead of having the light to illuminate all Morelos, would have to keep buying light to foreign companies, so clear, then voting just foot» nsen in that,»added the federal President, recalling that the consultation on the thermoelectric plant will take place on 23 and 24 February next.
Read: AMLO will make inquiry to operate thermoelectric in Morelos; inhabitants have called for cancellation of the project, López Obrador, which won the elections with the party of left Morena, insisted that although «there are environmentalists authentic» who oppose projects as the thermoelectric plant, for its possible impact on water, fields culture and population, there are «vested interests» that stop the project would continue favoring the purchase of energy to foreigners.
«Although they shout, although there are shouts and vociferously, going to be the people who will decide on this matter», said Lopez Obrador before the protests, in addition to mention, when the results of the consultation have «it shall not be the President’s decision», but the decision of the people.
The newspaper Reforma reported Sunday that members of indigenous communities closed symbolically the power plant in Huexca plant, noting that it represents an environmental risk.
From the last six years there were protests of ejidatarios and other groups against the activation of the plant, and ducts that would enable it to operate, that they pass through various municipalities of Morelos. In addition, according to the delegate of the federal Government in Morelos, Hugo Éric Flores, there are at least six protections that have not allowed their operation, even though you already have the infrastructure.
In his morning Conference February 8, announcing the inquiry, Lopez Obrador said, «Fortunately the plant is Commission Federal electricity, property of the nation; the pipeline is private. They are contracts that were made with these characteristics with the purpose of privatising the pipeline, but the plant is CFE.»
On Sunday, Lopez Obrador said that the conflict around this plant «is an issue that we inherited» neoliberal policy, which his Government had tackled in a different way, in a home.
Although he insisted that it will be the people that have the last word, during his speech, Lopez Obrador gave elements to operate the plant.
To talk to technicians, with Blanca Jimenez, Director of Conagua, the effects which would have the floor «she tells me there is no problem, that is not going to deplete the water and will not pollute.

» you think her», mentioned Lopez Obrador.
To be sure that there will be no pollution, he added, will be asked UNESCO to make a certification, and in addition, if approved the plant in the query, «how to repair the damage» throughout Morelos and the municipalities in other States through which the pipeline passes will have the electric rate lowest in the country.
According to Lopez Obrador, If you do not operate the plant are lost in a year about 4 billion pesos, of the people’s money. «any decision will lie with the people,» said, ensuring that people in Morelos will information to decide their vote, and that will be respected organizations to disseminate data also against their freedom of dissent.
At the end of his speech, Lopez Obrador insisted on criticizing the «radical left», without giving the name of a group in particular.
«Many of those who oppose now, nothing more I would remind you that when we were in the fight not we supported, a calling not to vote, saying that to what vote if all were equal, no, we are not equal», said.
«Radicals, which are nothing more than conservatives, called not to vote and others even voted for the right-wing parties, conservative parties. Now that got us, it turns out that she rises on the extreme left against the Government.
Therefore reaffirm that they are conservative, what is a conservative? As its name implies, is the bet that things do not change, which are retained, for what, to avail. We don’t want to keep anything, we want to transform, to change this reality of oppression and injustice,»he added. 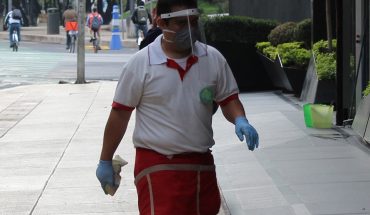 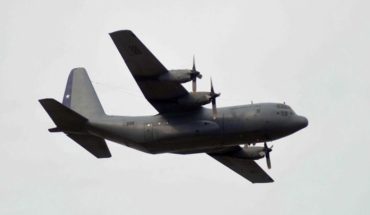 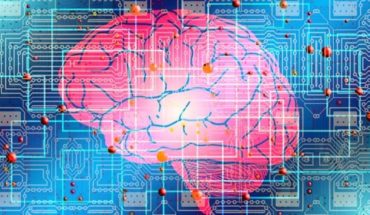