Morelia, Michichoacan.-the Coordinator of the parliamentary of the party of the Working Group (GPPT) in the State Congress, Brenda Fraga Gutierrez, said that the aim of new taxes, in particular the ecological, was not to ensure the Middle environment or guarantee citizens a healthy and protected environment, but that the specific issue of ecological taxes was to raise money.
In a meeting that several legislators argued with industrial Guild members to the Association of industry of the State of Michoacán A.C. (AIEMAC), Brenda Fraga, pointed out that the economic crisis affecting the State, not incur more taxes but that the solution is austerity, transparency, accountability and the proper use of public resources, such as the new project of nation dictates it.
«We believed from the beginning that Act Hacienda (Michoacán) which arose in this package along with the laws of receipts and expenditures had many weaknesses, one of them was the time of analysis. We have no doubt that this mistake who is most affected is to you, the productive sector», said.
The legislator of the PT said that while a Government is held by taxes and that in an economic crisis it could be seen as salvation, given the circumstance in which the State, these new taxes is not generating the optimal solution or ideal for generate better financial conditions.
«We at Tribune said that it seemed that they said! fee for it which do not charge them!» And so they were looking for until they found the theme ecological, notary, professional, employees and hotel. There were no limits to the Executive», he added.
Thus Fraga Gutierrez reported that since these new taxes were passed, began to promote the unconstitutional action, which was not an easy task because they had been adopted by the majority of members.
Thus, the local legislator explained last January 30 was presented the action of unconstitutionality by 15 deputies to the Supreme Court of Justice of the nation (SCJN) and which still expected the resolution.
During this meeting, the Deputy heard concerns being faced by this sector and pledged to work hand with industrialists to further strengthen economically to the State.
Source: Monitor Expresso 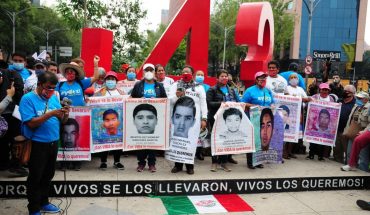