If the public is the lifeblood of football, the Bras America’s Cup Il 2019 is devoid of it, with almost empty stadiums in the first days of competition that show the little interest that Brazilians have put in this tournament where their team has much to lose and little to win.
In Brazil, a country that lives and breathes for and for football, the Copa America is indifferent to the majority of its population, largely uninterested in following Canarinha and even less to the rest of the teams.
The contrast is even greater when compared to the successful special edition of the 2016 Copa America Centenario that broke the record of spectators of the tournament by concentrating 46,373 people on average per game in the United States, a country where the fondness for football is booming.
In the current edition, the average number of viewers in the first five matches was 25,801, almost half less than three years ago, and the numbers more closely resembled the 2015 edition in Chile, averaged 25,223 spectators per match.
The difference between 2015 and now is that in Chile most of the stadiums had between 15,000 and 30,000 seats and the largest was the Estadio Nacional with 50,000 spectators, while in Brazil the smallest court for this Copa America is the Arena Corinthians with 4 7, 000 seats.
That large number of unoccupied seats in the stadiums built for the 2014 World Cup leaves a cold, atypical and almost intimate atmosphere, which at times gives the feeling of a match behind closed doors, to the antipodes of fervor and intensity with which hobbies Americans live the parties of their teams.
This was the day of the day to watch football, when for Paraguay-Qatar (2-2) less than 20,000 spectators attended the mythical Maracana, a stadium that holds the record of attendance in the Copa America by bringing together 150,000 people in the final of 1989, although its capacity is currently limited to 74,000 spectators.
Another poor entrance was lived on the same day in Belo Horizonte’s Mineirao, a 60,0000-capacity compound for just over 13,000 people for Uruguay-Ecuador (4-0).
A low attendance of also 13,000 spectators was experienced in Venezuela-Peru, which was played in the Arena do Gremio stadium in Porto Alegre, whose capacity is 55,000 people.
The two matches that make up the average attendance of this Copa América at the moment is Argentina-Colombia (0-2) that witnessed more than 35,000 spectators at Arena Fonte Nova, Salvador de Bahia.
Also the opening match between Brazil and Bolivia (3-0) played on Friday at Morumbí in Sao Paulo, which was 47,000 people but did not fill up.
Nor will, in principle, be filled the Arena Fonte Nova to receive on Tuesday the Canarinha against Venezuela in Salvador, one of the most followers of its regions of Brazil, where a day before the meeting there are still tickets available, according to the sales system online.
At the start of the tournament only the July 7 final at the Maracana had all their tickets sold out, a sign of the disaffection with which Brazil lives this America’s Cup.
«You want people to come and see the best footballers in the world,» the president of the South American Football Confederation (Conmebol), Alejandro Dominguez, who hopes that the presence will increase for the next few matches on Sunday. public.
Instead, the revenue is apparently good, as Brazil-Bolivia was the match that has left the most money in the history of Brazilian football with 22.4 million reais (about 5.1 million euros or 5.7 million dollars)
Also the rest of the matches have been above the gross of the Brazilian league, accustomed to lower prices.
Precisely the price of tickets is one of the possible reasons for the low influx of public, since the cheapest ones are at 60 reais (about 13 euros or 15 dollars) for Brazilians and in 120 reais (about 27 euros or 30 dollars) for foreigners.
Other reasons go through the succession of major events in Brazil after having organized a Confederations Cup (2013), World Cup (2014) and Olympic Games (2016) and the drought of Brazilian national team titles, including the latest recent trauma of » Mineirazo» of Germany (7-1) left canarinha without his World Cup. 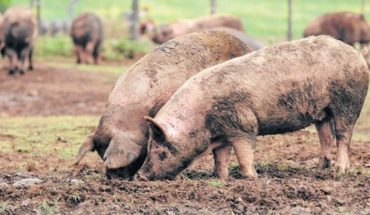 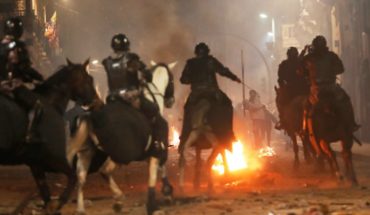