A year and a half after the death of former journalist and legislator Debora Pérez Volpin, the Justice sentenced 3 years of parole to the sons-law Diego Bialolenkier and acquitted the anaesthetist Nélida Inés Puente. The trial prosecutor María Luz Castagni, had asked for four years in prison for the endoscopist and three years for the anaesthetist. At the same time, the sentence envisages seven years of disqualification for Bialolenkier, who punctured the lawmaker’s esophagus.

In the previous, the family’s lawyer explained that «there was medical responsibility for a medical error and there was no prior pathology. The previous pathologies that Deborah had have no causal relationship with the event.» The anaesthetist’s defense, meanwhile today called for her client’s «free absolution» since his action on February 6, 2018, when Pérez Volpin died while undergoing a medical study, «it is not passable by criminal reproach». In the meantime, a process will be opened to investigate the alleged cover-up of the La Trinidad Sanatorium.The lawyer, Diego Pirota, said before the media that they were at the door of the Courts that will appeal only the acquittal of the anaesthetist, since «the family he is not seeking revenge and if the Justice considered it not effective punishment, it will not appeal.» He also explained that Pérez Volpin’s family is happy with the penalty. 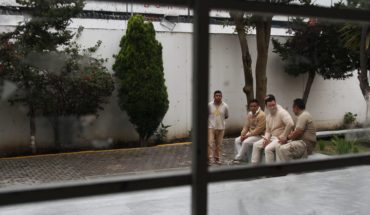