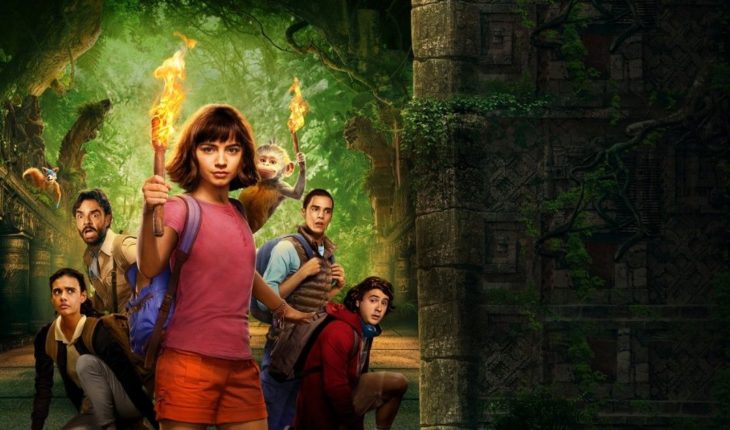 While we all rely on the quality of almost every Nickelodeon project, any live action approach to their animated series doesn’t make a little noise. This was the case with the announcement of «Dora and the Lost City of Gold, 2019), a 100% family adventure based on «Dora the Explorer» (Dora the Explorer, 200-2014), Nick Jr.’s educational and interactive series, starring the intrepid little girl and her charming companion, the Monkey Boots.    The james Bobin film, responsible for «The Muppets» (The Muppets, 2011) and its sequel, but also for the failed «Alice Through the Looking Glass» (Alice Through the Looking Glass, 2016), puts us fully in the jungle (Peruvian, Brazilian, we’re not so sure because everyone Latin American countries look alike, but it should be Peruvian), where Dora and her renowned friends, Mapa, Mochila and her cousin Diego, keep imagining the most crazy odysseys. At the outset, the filmmaker makes it clear that this story is recharged with humor, self-references and a little parody, since he never takes anything seriously (or himself) and is there where much of his success resides. Even though the baby grows, Diego returns with her parents to the city, and she continues to grow and grow among the not-so-dangerous dangers of the jungle, the story (and its young protagonist) never loses naivety… and the need to break the fourth wall from time to time, recalling that interaction I had with the audience.

Thus, the world of the teenage Dora (Isabela Moner) is reduced again to Botas, Mama Elena (Eva Longoria) and Papa Cole (Michael Peña), two teachers who dedicated their lives to the exploration and search of Parapata, an ancient Inca city that, they say , contains the greatest treasure of this extinct Latin American civilization. Now 16, the young woman must travel to the city of Los Angeles to reunite with her cousin (Jeff Wahlberg) and her family, attend high school and socialize with other kids her age, while her parents embark on the final leg of their journey to is you discover such a sensational. More lost than Cady Heron, Dora tries to fit in without losing her freshness and strange rituals that shame her cousin, won her the hatreds of Sammy (Madeleine Madden) – the class’s hateful brain – and Randy’s immediate affection (Nicholas Coombe), a nerd with few Friends. During a school trip to the museum all four must team up and, while adding points for their practical work, are kidnapped by mercenaries who smuggle them to Peru. Of course, the bad guys are behind Parapata, her riches and Dora’s map, where she carefully follows her parents’ movements. Luckily, Alejandro Gutiérrez (Eugenio Derbez), an explorer and professor at the University of San Marcos, who says to meet his parents, decides to rescue them and help them return home or, in Dora’s case, reunite with their loved ones, who have been missing for a long time several days. Here begins the real adventure, when the girl and her fellow crossings must work as a team to overcome all the obstacles presented by the jungle, and the villains who step on their heels, including Swiper (voice of Benicio del Toro), a fox thief and elusive that does not specifically represent those of its species.

«Dora and the Lost City» doesn’t try to be realistic, nor super original from its plot. Instead, he uses all the common places and clichés of the adventurous genre and his greatest reps like Indiana Jones (and his clones), to break all the rules to Nickelodeon’s irreverent (and slightly bizarre) way. The result is an entertaining and crazy story that points to the younger ones – their teaching function does not go out of style – but it also includes the complicity of the greats. The fact that the protagonist is a little larger helps the credibility of the plot, because we can’t imagine garden children strolling through the Amazon rainforest. Of course there are also no enchanted cities and foxes with masks, but within the universe created by Bobin and writers Nicholas Stoller and Matthew Robinson, the madness holds up, more so when the boys decide to put on hallucinogens and scatologicals, without no restrictions. But the best thing about «Dora and the Lost City» is inclusion, courtesy of a cast of Latin descent and the representation of its culture, without falling into stereotypes or taunts. At times, it is a bit cartoonish, but the same characters are the ones who embrace this idiosyncrasy with which anyone can relate. In passing, it adds up some questions about adolescence and maturing, although without losing the essence and customs. All in your favor to enjoy with the little ones, partly thanks to the enthusiasm and authenticity of your young protagonist.
In this note: 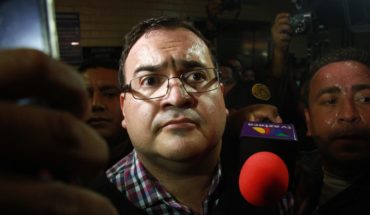