Twelve days remain for the offshore shrimp ban to end, and thereby initiate the catches. These are tense days of surveillance, as the sneaky activity is triggered by the aim of some groups to take advantage as much as possible to drain the shrimp with better sizes. Constant criticism has been against the operatives implemented by Conapesca to keep illegal fishing at bay. One of the most forceful questions was made by the same secretary of fisheries in the state, Sergio Torres, who criticized that the preventive activities, in charge of the director of Inspection and Surveillance of the Conapesca, Héctor Mucharraz, were concentrating on roads and businesses, when the saring of the product in a veda occurs in the estuaries and lagoons. During an interview with EL DEBATE, the official yesterday admitted the problem of furtivism in the entity; however, it maintained that work was underway to stop the illegality. He mentioned that one of the new actions was to extend surveillance to the same fishing companies. Conapesca inspectors will initiate an informational survey of production that is kept frozen in some warehouses to have real control of lawful production and that which is attempted to enter the markets irregularly. The challenge seems to be great for Mucharraz and Conapesca, even more so when the lack of inspection and surveillance staff and the budget cuts faced by the country’s own National Fisheries Commission are very well known. Finally, yesterday, at the Union Congress, the Committee on Fisheries chaired by the Mazatleco Maximiliano Ruiz began work to assess the budgetary impact that the integration of fishing activity would have in the primary sector. The work has been extensive. 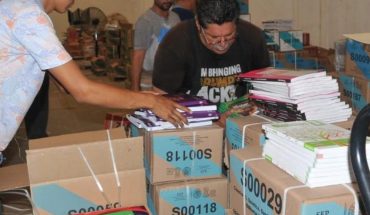