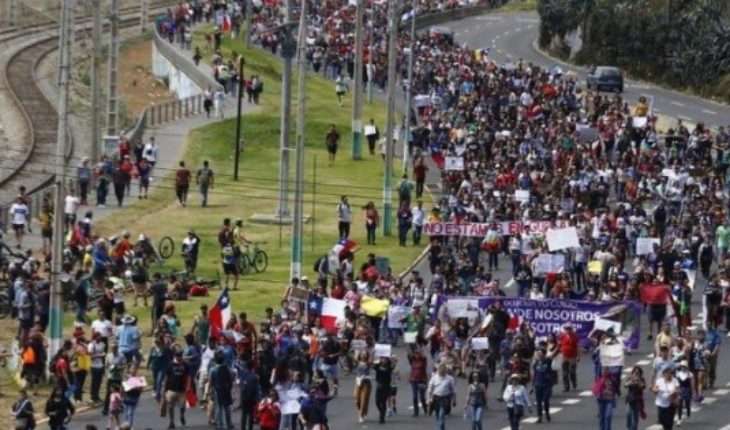 Thousands of protesters march this Sunday from Viña del Mar. The destination? the National Congress in Valparaiso to raise lawsuits amid the massive protests that erupted on October 18.
The protest began in the spa of the City Jardín, where thousands of people gathered to start a tour to the Congress along Avenida España.

Under the slogan “the greatest march of the Fifth”, the demonstrators marched with flag and shouted the already well-known slogan “Chile awoke!”, while half a thousand motorcycles participating in the protest roared their engines loudly.

The first protesters to arrive in Valparaiso were stationed near the Congress building, where Carabineros mounted a security operation and cut off the movement of vehicles several blocks around in the face of possible unrest. In addition, at this hour they try to deter the march with tear gas.

Video via: Radio Villa France
It is worth mentioning that last Friday, the Congress was evacuated and subsequently closed by riots of protesters in the framework of the social outburst that Chile has been beating for nine days.
The protest was called up through social media and comes two days after the demonstration that gathered 1.2 million people in Santiago, the highest concentration in at least 30 years.
Mass demonstrations at the national level, the worst recorded since the return to democracy in 1990, have left 20 dead and hundreds of injuries, amid the control of the police and military who were taken to the streets in the context of a state of emergency which ordered the government from the start of the crisis and which was lifted on Sunday. 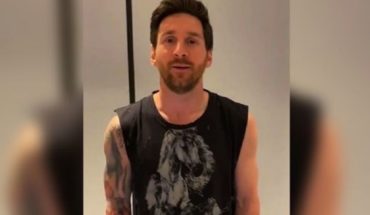