CDMX.- In the face of the shooting of an 11-year-old boy at a private school in Torreón, mental health specialists urged families and schools to take care of the emotional health of children. Feggy Ostrosky, director of the Laboratory of Neuropsychology of the Faculty of Psychology of UNAM, considered simplistic the version of the local authorities that a video game may have influenced the child to perform these acts and then commit suicide, because violence, he explained, is learned and is the product of individual, family and social risk factors.

Not all kids who play violent video games go out to kill, that’s very simplistic»

The problem, he considered, is that some children spend a lot of time in isolation, unsupervised and unattended to what they feel.

The author of the book «Killer Minds. Violence in your brain, » said it is worrying that an 11-year-old has access to two weapons and knows how to use them. He added that the fact that he committed suicide after the shooting raises the possibility that he had depression.
So what’s failing is that family and school aren’t detecting these traits. There are many things that can be done and are not being done. It’s just to check the backpacks so they don’t bring guns»

The specialist said that, according to studies conducted mostly in the United States, about 5 percent of children or adolescents who made shootings had a psychiatric disorder, while most belonged to families integrated and without abuse, but perhaps already with negative emotions. María Luisa Rascón, a psychologist at the organization Voz Pro Mental Health, said that it is necessary to guide families to pay more attention to what happens emotionally to children.

He detailed that in the event of behavioural changes in minors or signs such as not sleeping well, not communicating or expressing themselves with their relatives, suffering nightmares or becoming isolating, it is necessary to seek specialized help.As in many schools there are no psychologists, the specialist called to turn to civil society organizations that provide support.

It can also target families, society at large, to try to reduce violence at home, the violence children see on television, in games or programmes» 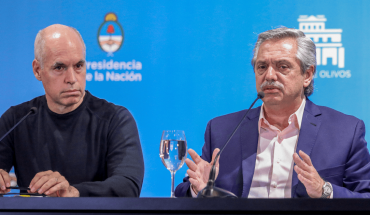