Los Mochis, Sinaloa.- «At first glance it seems that someone else is collecting their salaries,» Coparmex Los Mochis President Jorge López Valencia said of the information that EL DEBATE disclosed of the payment to former municipal officials who are still on the payroll Of the City Council.He said that the employment relationship of the City Council with the former secretary Andrés Estrada Orozco and the former director of Social Communication David Membrila Cisneros should have ended the moment they left the municipal administration, that is, on March 24 and June 12, respectively. «That’s as far as the issuance of these payments would have ended.»

Request for informationLópez Valencia assured that the payment of salaries to ex-officials is an issue that must be thoroughly investigated, so it was given the task of requesting the Ahome Citizens’ Surveillance and Transparency Council to request the information for the transparency department of the current municipal administration.» We hope to have that response in time soon. I would not like to speculate on this, but it must be ruled out that those salaries that are being paid to people who are no longer working in the municipality. It may be that these people are not receiving it, but someone else is charging for them; that’s why we’ve made that request to the Citizens Council to ask for information so that we can rule out or eliminate that situation,» he explained.

The information is public on the official website of the Ahome City Council.

They do not chargeWhile, the mayor of Ahome, Manuel Guillermo Chapman Moreno, merely said that this information is wrong because the municipality does not keep the payment to the former officials in mention. He did not explain why it appears on the page that they must submit to ahomenses.» First of all, it is absolutely wrong to inform the public that ex-officials are receiving a payment after they resigned their position, their functions in the municipal government, that information is totally wrong.» In that regard, he said for this topic there was a technical explanation of why that payment information was being handled. Municipal treasurer Ana Ayala justified by saying that this information is at that time by the same guidelines as the Transparency Act, which is a semi-annual accounting document. To understand… Former Ahome officials remain on the payrollEL DEBATE reported that at least until December 31, 2019, David Eloy Membrila Cisneros and Andrés Estrada Orozco, former director of Social Communication and former secretary of the Ahome City Council, respectively, appeared in the payroll on December 31, 2019, when they left in March and June, respectively. According to the municipal page www.ahome.gob.mx in the transparency window, Membrila Cisneros received 33,586.35 pesos, while Estrada Orozco charged 55,000.00 pesos for the amount of gross remuneration, in accordance with the tabulator of salaries and salaries appropriately. 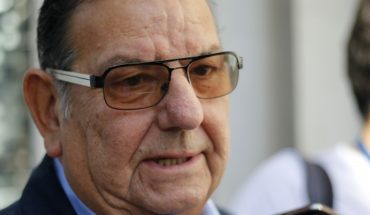