Cristián de la Fuente was invited to Cocina Fusion where he referred to the time when he worked on channel 13 television series where he lived a «hostile environment» for being a model. The Chilean told how he lived that prejudice in Chile and the United States. «Yes and no. The United States for me was a market and a country that had much less prejudice than I had in Chile»»»Here in Chile many people assumed that because towards sport, I had good physique, I was doing well, ‘ah, this is silly and bad to act’. And I suffered bullying, not in school, but an actor,» he said. De la Fuente was consulted by the «heaviest» companion who mocked him, but did not want to give names and stated that «It doesn’t matter. I’ve forgiven them.» To which he added that the alluded to were excused saying that «oh, it was another time. Sorry, I’m sorry.’ But it was heavy, because people assume that if you have something, it’s exclusive to one thing from the other. If it looks good, it’s silly; if he did well, he stole money. Like no one decided things.»» And when I decided to go to the United States, because I read in a newspaper, in La Tercera, when Ricardo Vicuña, the director of television, had decided to change models for talents, there I cache that had no hit on the 13. So I said ‘plan B, I’m leaving, I don’t have another one,'» he said. 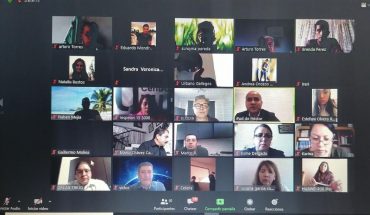