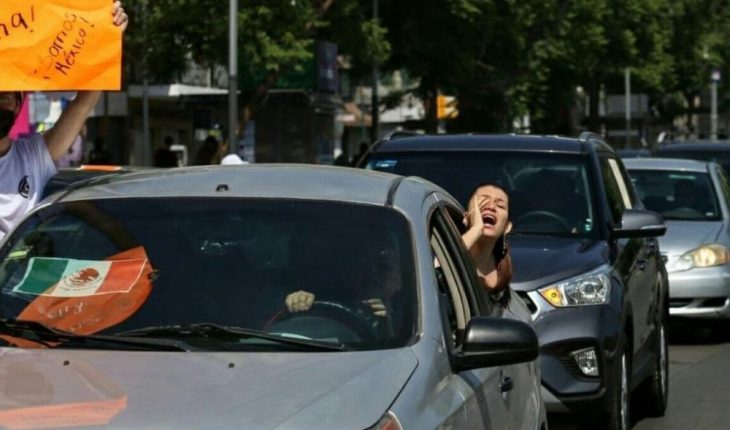 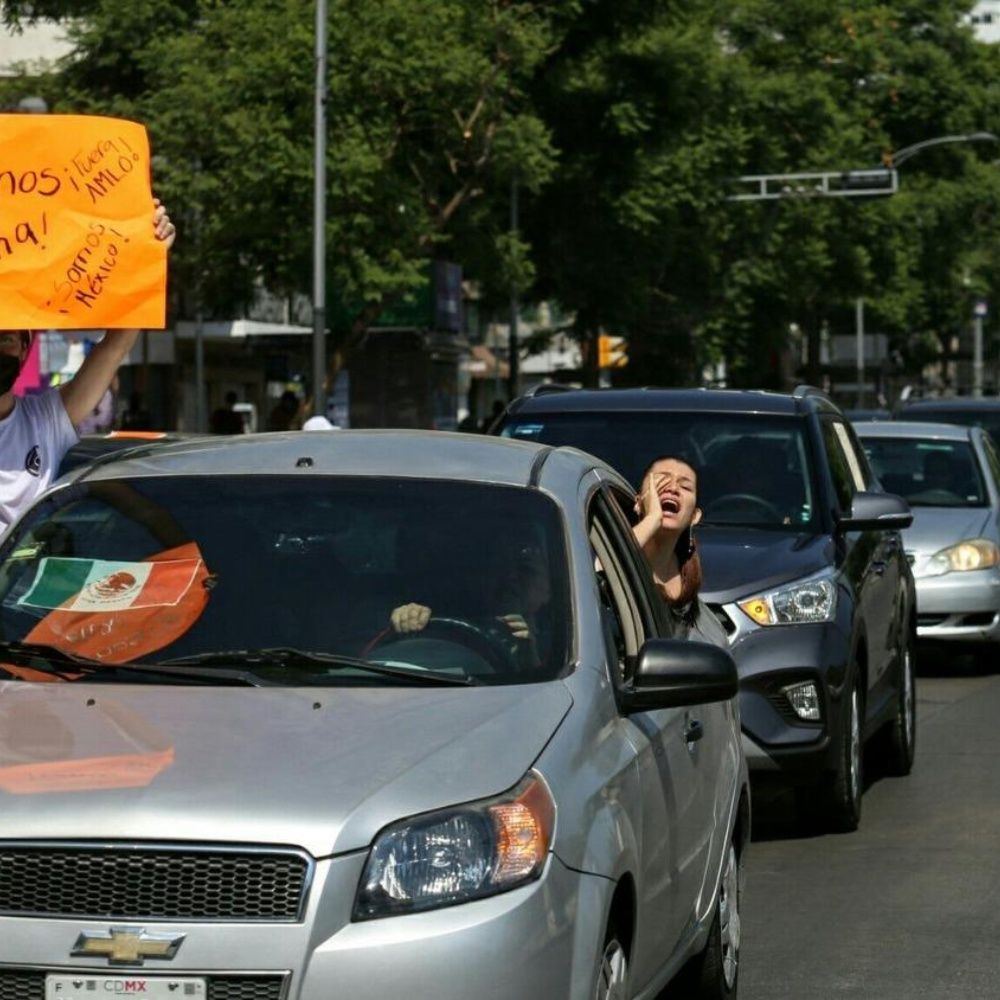 Cd. of Mexico, Mexico.-Sobre Juárez, almost together with Fine Arts, two young people offered to paint a legend in the windows in exchange for voluntary cooperation: “Outside AMLO!”. They were merchants until they lost their jobs and now took advantage of the protest against Andrés Manuel López Obrador to earn some pesos.

“‘Out AMLO’ and ‘Traitor’ or whatever people ask of us,” one of them explained. His name was Daniel, he brought a black mouth cover and said he asked the government for support, but without an answer. “The trucker gave me 200 pesos. This one gave me 11 pesos, but most of them don’t want to, it’s that they’re good cars. or they’re already bringing their legends,” he added, standing among the cars that kept horning against the President.

There were two rows of cars, side by side in two lanes, to Bucareli. But there were hundreds, even on motorbikes and bicycles, scattered beyond Paseo de la Reforma. On both tracks, from Hidalgo Avenue to the Angel and some to the Petroleum Fountain, the horn sounded in the second caravan of
Anti AMLO National Front (Frena).

Necessity makes us go out and figure it out, Daniel said. How did you see the protest? For everyone asks where it hurts, he answered.

The Frena were making a lot of noise and accusing the President of a communist. Or socialist. Or an “abortionist.” Or a feminist. As if López Obrador, who came to the government at the same time for Morena and the PES, an evangelical party, had ideology or became interested in violence against women.

They were touring Reformation since nine in the morning making noise and with banners calling for the President’s resignation. “AMLO go to your ranch, ” they said. “The people command, Andrés López: you are fired”, “AMLO: go now”, “AMLO socialista”, “AMLO: liar and traitor to the Fatherland”, “AMLO: we do not want your socialism of fourth”, “AMLO protector of Bartlett and your friends”, “Enough to divide us”. They were driving and covered by the Covid-19 pandemic, which has left more than 16,000 dead. Others supported them standing on the sides.

He promised that he would put the gas down, promised a lot of things and nothing has fulfilled, said a man on a bicycle, who arrived from Pantitlán, where he has a bicycle workshop.

He hid the people from his intention to turn Mexico into a Venezuela, converted to communism. He didn’t say he was going to fully approve of abortion, he didn’t tell us he was going to fight religion like he does through feminists, Mr. Eduardo Camargo accused. In front of the Palace of Fine Arts, where he welcomed with a white canvas with the photo of López Obrador and red letters: Get out! Liar, Perverse, Corrupt. Not communism.

There were all kinds of cars and bicycles, but for people who thought “the town” and who took up López Obrador’s speech, they were all the same. Standing at a Metrobus station, one woman grabbed with a devil hand full of bags, and with the other pointed them out to shout to them: “Pinches thieves, they are looting the country, treacherous to the Fatherland, they want to continue destroying the nation, scumbags,” he told them. And what did they steal? “So, find out, find out so you know what’s being stolen from your country,” he said, and he went on.

Some who received the insults peeked out and carted. Others were shouting Long live Mexico. In a red car a family wore horns and put “La Boa”, of the Santanera. The BOA in reference to the so-called “Broad Opposition Block” with which López Obrador came out to victimize itself.

On Central Axis a man named Pablo Romero read a manifesto. He said they expect López Obrador to resign by November. “We want Lopez to resign for the more than 19 million unemployed, because of the perverse dissupposment of medicines, for driving away investment, for dealing with the narco, for the criminal management of the pandemic. We don’t want your communism!” he cried, me surrounded by presidents who resumed slander at the President’s “morning” conferences.

Rabid dogs, prianists, pure cart of the year, a woman yelled at them about Bucareli. Further on, a wheelchair candy salesman seemed divided. On the one hand he shouted at protesters to get off on foot and on the other, on his candy table he brought a banner against the President for banning, he said, selling small traders but allowing them to malls. “AMLO: stealing is a crime, but to ruin the country is to betray the Fatherland,” his blanket said.

The demonstration lasted more than three hours. They went so far, that one policeman calculated that it was 30 thousand and another, that they were 300. In the end, at the corner of Central Axis, a group of supporters of the Obrador López had formed shouting “Up AMLO! Down slavers!” to the last Frenas who passed the horn. Then the protest is over and the noise is over. There’s a quiet calm. A calm as the peace you feel on a Monday without a morning.
You may be interested:Covid-19 Mexico June 14: Add 17,141 deaths and 146,837 contagions From tomorrow, these are the states that will pass to the orange traffic light of Covid-19 in Mexico Blood donation in IMSS low by pandemic Covid-19 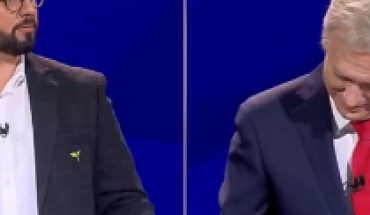 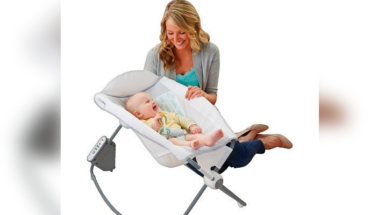 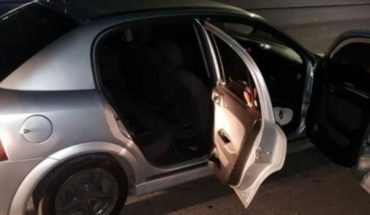