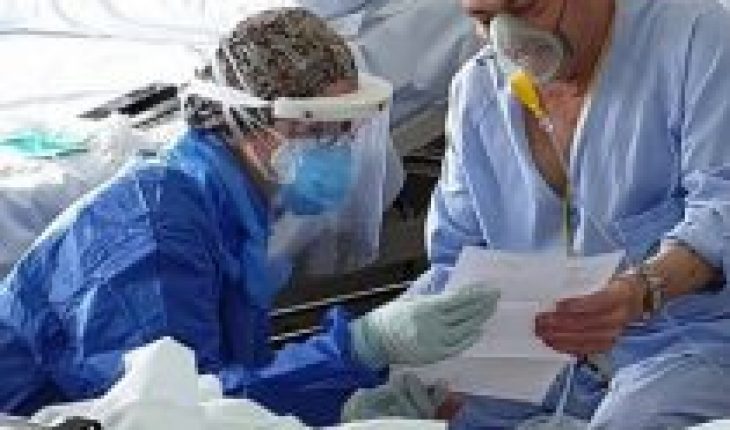 The functioning of the existing health systems in the world and the possibility of making reforms in our country collecting examples of these was part of those that was discussed in the first talk of the cycle of dialogues on health organized by the Catholic University and Roche Laboratory.
In times of crisis such as covid-19 in the world, paradigms established in different sectors of society, including health, are questioned. During these months the debate regarding our health system has been present in the population, especially in terms of the preparation of our country to a situation of this magnitude, and the differences that have been seen between the public and private system.
This questioning is also taking place internationally, as the pandemic is showing the strengths and weaknesses of all latent health systems in different countries. Indeed, future reforms are likely to be worked on by reviewing these experiences.
Dr. Jorge Jiménez de la Jara, former Health Minister and President of the National Cancer Forum, emphasizes that health depends on the social, historical and economic context in which it develops and that it is not just imitating the model of a country, since it will not necessarily work in the same way.
In Chile we would find ourselves in a moment of reinforcement and modernization of the public. For this to work properly, a joint review would have to be carried out to develop reforms that would allow greater equality towards health. In addition to finding the right way to progress with technology without neglecting patients.
Health Europe
Models of Social Security and National Health Services can be found in Europe. The first is a welfare model that can be seen in some Central European countries, which establishes social health insurance. There is a right to health and access, which is consistent with the occupational category of families.
“The contribution is labor-patron, that is, there is a tax on work that generates premiums and a co-pay system at the time of use,” explains Dr. Luis Pérez, Senior Public Health Specialist at the World Bank. In some cases this is complemented by a public service for those with work problems.
On the other hand, the National Health Service is set up by the citizen base, that is, the only being a citizen of a country has the right to access health services. This system tends to have universal coverage, as is the case in the United Kingdom, where it is financed from general taxes and national budget, being 100% state-owned.
Between these two can be located a more liberal one seen in the United States, a country that has private insurance and that access to health is based on the ability to pay. There’s a public service you can access if you prove to be poor, 34% of citizens would be covered by state health insurance. There were plans to reform this mechanism, which are currently frozen.
Latin America
Specialists say that not all systems have the global reach promoted by the World Health Organization (WHO), which in its 2000 Health Model sought to have, among other things, an industry responsiveness and adequate financial protection to deliver equal and quality service.
Currently in Latin America are predominantly mixed or hybrid models, where we try to cover the weaknesses of one with measures that are of the other, they are classified as “patchwork” models, because errors are being patched.
Pérez specifies that there are three models currently present in the region: The National Health System funded by general taxes (e.g. in Cuba and Brazil), a type of hybrid where “they are systems with varying degrees of integration between contributory financing and general budget” (Chile, Uruguay, Costa Rica), and another hybrid in which “there is no significant articulation between social security subsystems and the public” (Mexico and Argentina).
The Chilean model is a complex network that “has sticks of private and public systems. The private system has another value system, it values tranquility, order, cleanliness of place and time. The public system is over-the-back with more demands, crowded with more people with many problems,” says the former health minister.
The main malaise of the h populationthe country’s health revolves around the differences in quality between these two systems (Fonasa and Isapre). In addition, the inability to access a good quality service, or in which there is no wait for care, without this means an unattainable expense for the pocket of the majority of the population.
Both doctors agree that no specific foreign system can be looked at, because there are none that works perfectly, but that the essential thing after this pandemic will be to rescue the parts that experience has shown to work in problems that affect us in Chile.
The first would be to focus on reformulating and improving the public model of the country, for this Dr. Jiménez says that there would be “improving the quality of delivery that is given in public hospitals through better remuneration, greater investment and greater technology”.