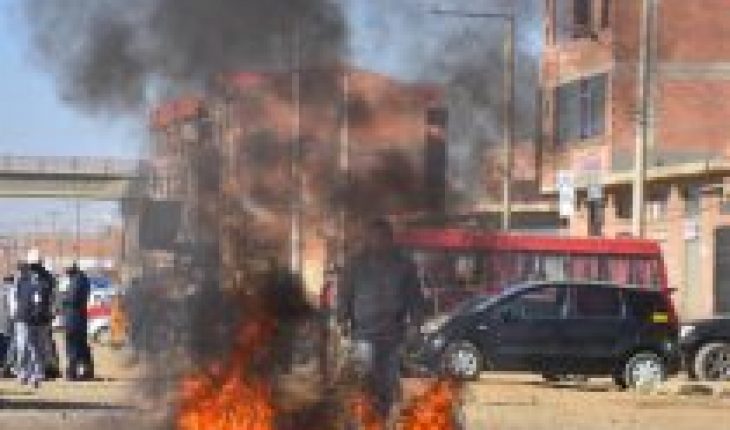 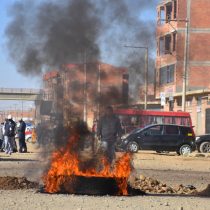 The dialogue convened by the transitional president, Jeanine Añez, ended three and a half hours without further results in the absence of union leaders promoting the protests.
Neither did those who are the main election candidates together with Añez, candidate of the Group Together, such as the former President Carlos Mesa of the Citizen Community alliance or the former minister Luis Arce, of the Movement to Socialism (MAS) of former member Evo Morales, a party to which the Transitional Executive is responsible for the mobilizations.
The President of the Supreme Electoral Court (TSE), Salvador Romero, who on the eve led with representatives of Parliament another meeting that failed because of the insistence of the mobilized that the elections be held on 6 September, as planned above, and not on 18 October, a new date defined by the electoral management body.
“The proposal has been clear and concrete, elections on September 6, anything that happens will be the full responsibility of the Electoral Court and the Legislative Assembly,” warned the miner Juan Carlos Huarachi, the highest representative of the Bolivian Central Workers (COB).
This entity and the so-called Unity Pact, which brings together peasant and indigenous unions affiliated to the MAS, are the promoters of the blockades, which are blamed for hindering the supply of medical products such as medical oxygen for hospitals.

The president of the electoral body stressed at this Sunday’s meeting that he agreed with the Legislature to develop in consensus a law to set 18 October as the new date of the elections, since he now emanates from a mere decision of the Electoral Court, and confirmed that they will insist with the dialogue.
For his part, Añez argued that the postponement “has not been anyone’s whim” and was “a necessity” in the face of the pandemic.
The transitional president reiterated that she did not intend to extend her term of office and assured that she respects the new date and that her Government would give the conditions for the elections to take place that day.
His candidacy was questioned by political representatives who attended the dialogue, who also criticized the blockades and expressed majority support for elections to take place in October.
The only conclusion was the creation of a commission seeking dialogue with the conflicting sectors, following the meeting which was also attended by representatives of the United Nations, the European Union and the Catholic Church.
The Acting Minister of the Presidency, Yerko Nunez, considered that non-results dialogues “show that the purpose of the mobilizations was different and not to define the date of elections.”
“We denounce to the Bolivian people and the international community the dishonesty of the leaders who are encouraging these inhuman and criminal measures,” he said.
Núñez reiterated that at least thirty people have died of lack of oxygen and warned that “the lives of another 300 Bolivians” are in danger if there is no solution in the coming hours.

National authorities reported that there are just over half a hundred blocking points, with tensions and reports of mutual aggression between mobilized and civilian groups attempting to lift road closures especially in regions such as Cochabamba and Santa Cruz.
This afternoon local time there was tension in points of Cochabamba, while the police had to intervene on Saturday in the town of Samaipata to stop a confrontation between settlers and mobilized, resulting in 49 people being arrested.
The Ombudsman’s Office called for continued dialogue and called for the avoidance of violence so as not to “delegitimized the right to peaceful protest”.
Mobilized people say they are allowing trucks with oxygen and medical supplies to pass, faced with complaints from authorities that this is not the case.
Elections had already been postponed from May to September by the health emergency in the country by the coronavirus, which accumulates 3,687 deaths and 89,055 cases of COVID-19, according to official data.
The general elections have been pending since the annulment of the October 2019 among allegations of fraud, still under judicial investigation, in favor of then President Evo Morales, who had been declared the winner but announced his resignation on the grounds that he was pressured by an alleged coup to deny him his triumph and force him to leave power after almost fourteen years. 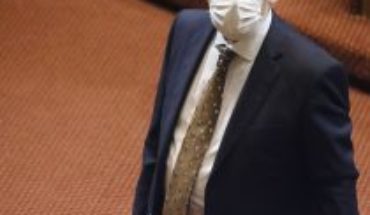 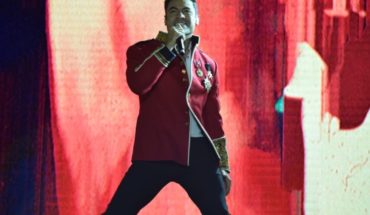