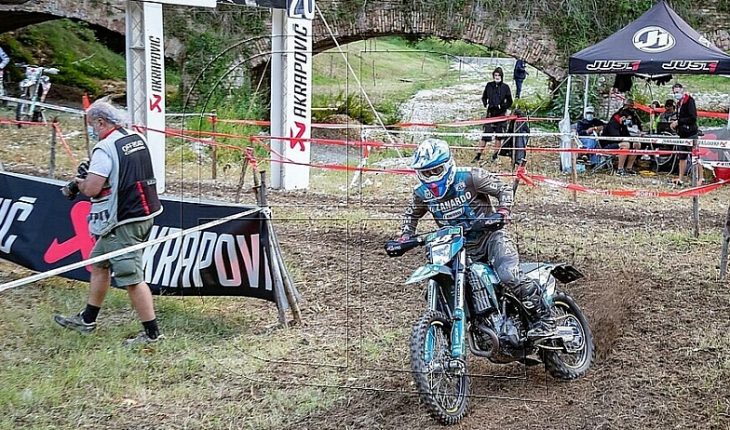 With a bitter end ended the participation of Chile’s Ruy Barbosa (Husqvarna) on the sixth date of the ‘Campionato Assoluti d’Italia’, played this Sunday in the rain. Starting the test, the pilot fell, hitting his head, stomach, shoulder and right elbow. He was last (103 degrees), got up and continued to participate to cross the 9th goal in his category and 21st overall.” I haven’t fallen that hard in a long time… I was very sorry because I was out of consciousness for almost a minute… I sat down for a short time to try to breathe and try to move my right arm which had it pretty bad… Despite everything, I’m happy now because I don’t have fractures,” the 21-year-old pilot said from his home on the outskirts of Parma. There he drove the van lent him his team Jolly Enduro Zanardo, after travelling with his teammates 220 kilometers from Darfo Boario Terme (Brescia) to the Team workshop (Parma). From that place, it was managed to the house that leases located in the middle of a plot surrounded by cornfields and fruit trees.” My shoulder hurts a lot and my elbow is quite swollen… I must have fluid or crushed blood. Tomorrow (Monday) I’ll go to Parma hospital for a check-up. Since I’m not a community citizen, I don’t have benefits. And my insurance doesn’t work here. I have to pay in cash for the tests and the consultation,” Barbosa explains, lying in his bed, after taking some painkillers and deflmmatory that he was prescribed in career medical care. A total of 16 specials were raced on the sixth date of the Italian Championship, of which 4 were canceled due to the heavy rain left in bad condition by the Extreme special. Starting the stage, during the second special of the day, was the accident.” A stone or rock appeared in the middle of the footprint. I took it out the front, but the rear wheel bounced off it… I went back and forth and flew… I woke up lying on the floor. It was seconds. My right arm hurt a lot and my shirt was broken. I recovered, I put the bike in order, I rode it and I went on. All the pilots had passed. He was last,” he says more calmly from home and recalling that the fall was in the Cross 1 Test and in a championship where he signed up to add miles and as training, thinking of the World Specialty. From the next test (Test Cross 2) and up to the Cross 8 Test, passing through the Enduro Tests, it went up places from 103o to finish 21st overall (9th in the Foreign category). The winner of the date was Briton Brad Freeman (Beta) with 36 minutes 51 seconds 61 hundredths. Barbosa reached 2 minutes 27 seconds 19 hundredths. The pilot will know this Monday 5 of his true medical condition where he hopes not to have the tendons of his right arm compromised. In the meantime, he continues to think about his next commitment to the FIM World Championships in Moto Enduro, the third date of which will be played on 16, 17 and 18 October at the Zschopau circuit in Germany. 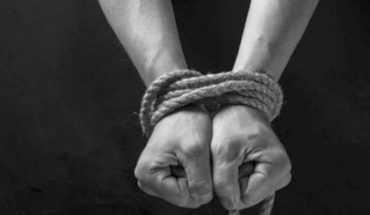 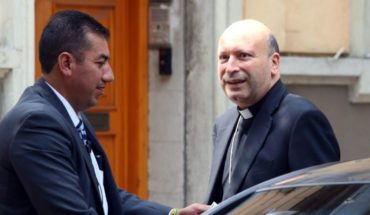