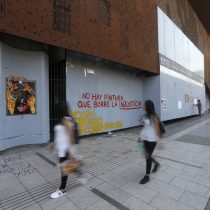 Books, songs, photographs, plays and other cultural landmarks have given an account of the social outburst of October 18, which marks its first anniversary this Sunday.
There have been individual creations, such as the song «Regalé mis ojos» by Nano Stern, dedicated to Gustavo Gatica, or the book «Big bang» by Alberto Mayol, but also collective, such as the tapestry «To rebuild the social fabric» of 26 ingers and a inger or the web project «The city as text» by the designer Carola Ureta, which walks through the images of the Alameda and has reflections of a thirty different actors , or Fab Ciarolo’s street play.
On Monday, October 21, following the serious events of the weekend in Santiago, Ana Tijoux presented a preview of her song «Cacerolazo», in a video for which she used the images of the revolt published on social networks. It was a minute of the play, released on Instagram.
A sample of the tapestry «To rebuild the social fabric».
In those days, after President Sebastián Piñera said that «we are at war with a powerful enemy», it began to sound massively, in different street episodes, «The Right to Live in Peace», one of Victor Jara’s emblematic themes.
In this context, on October 27, several artists such as Illapu, Francisca Valenzuela, Camila Moreno and Joe Vasconcellos, together with Joan Jara and the Foundation reminiscent of the murdered singer, released a new version of the song.

All this while Inti, one of the leading visual artists, painted his mural «Primavera Insurrecta» on one of the main facades of the University of Santiago (USACH).

A violent November
A few days later, on November 1, singer Alex Anwandter would do the same with his song «Paco Vampiro», a song born from the repression of Carabineros de Chile against citizen mobilization on the streets throughout the country.
That’s why, in the middle of that month, after protesting at the Grammy Awards ceremony with breasts on the air and the phrases «In Chile torture, rape and kill», singer Mon Laferte launches her song «Pla ta ta».
Soon after, the 25th, in addition, the feminist collective Lastesis presented her performance «A Rapist in Your Way», which was later replicated around the world. The phrase refers to the official phrase of Carabineros de Chile, «A Friend in Your Way», so the institution would be ousting against him.
As early as December, Friday the 13th, another milestone would be a presentation of Los Bunkers – after five years of recess – together with Inti Illimani, in a full Place of Dignity.
The Bunkers
This year, on the eve of the first anniversary, meanwhile, singer-songwriter Benjamin Walker premieres «October», a song composed to honor the explosion of creation that occurred spontaneously during the social movement, and which has the collaboration of the well-known Argentine duo Perotá Chingo.
Tijoux, meanwhile, also does the same with the premiere of the video clip «Rebellion of October», which features the collaboration of the young MC Millaray, on the official channel of Ana Tijoux on YouTube.

Theatre and film
There have also been several theatrical montages and exhibitions that have given an account of the social movement.
One of them was «Chronicle Circense of an Outburst» of the Circus of the World Company at the Municipal Theater San Joaquin, in January of this year. Few then, in February, the Museum of Memory presented «Orfebres en Cadena», a collective work embodied in metals that represented the social context and the union of artisans in the face of repression.
In the middle of the year, meanwhile, it was the premiere of «Tales of the Blind», a play written and directed by the Chilean Marianne Zahn, together with the company Primera Línea Teatro. Although originally intended for theatre, confinement turned it into a short film.
For her part, the filmmaker Chamila Rodríguez reviews in «It was not depression, it was capitalism» the historical moment that began in October 2019, through a set of eight audiovisual artifacts.

In full confinement was also exhibited «October, fragments of an outburst», by Teatro Mori Virtual, starring Daniela Ramírez and Michael Silva. A work by Rodrigo Cuevas that deals with a very tense conversation between a forensic psychologist and a Special Forces carabinieri charged with human rights violations after the October social outburst.
«Show Dignity», meanwhile, is an instance presented online during the Third Short Film Festival «Shorts in Large», which from 1 to 18 October exhibits four micrometals of emerging performers in their pvirtual reports.
The theater also includes premieres. Actress Malucha Pinto will show this Sunday «Victoria» in a virtual theatrical format, one year after the outbreak.
There has also been activity abroad. In Spain, the company «Apátrida» presented a play by Chileans and Chileans in Barcelona «Mediun: Chile explodes in the distance».
Books and other texts
As for the books, the philosopher Gaston Soublette presented in June his book «Manifesto. Dangers and opportunities of megacrisis» (UC Editions), with its particular analysis of the crisis. Hassan Akram also crumbles her in «The Burst.»
Gonzalo Rojas May also tried to explain the crisis in «The Revolution of Unrest», while «Chilean October. Reflections on Democracy and Freedom»(Democracy and Freedom Editions, 2020), collects articles by different academics and intellectuals such as Alfredo Jocelyn-Holt, Natalia González or Cristóbal Bellolio, on the subject.

Senator Jaime Quintana, meanwhile, has just launched «Help Connect» (Editorial Catalonia), a chronicle of the difficult days of the crisis in his role as president of the upper house. Meanwhile, Arnaldo Delgado’s «Abecedario para Octubre» (Ventana Abierta Editores) contains 27 micro essays on the revolt.
Also, the aforementioned Nano Stern has just published his book «Tenths of the Burst» (Cuño Editor), while the Chilean poet Tamym Maulén leads the project «ARDE», where writers from Chile and the world manifest themselves with a view to the Chilean constituent process, and which will be accessible from this Sunday.
Image from the book «Postcards of the Chilean Social Outburst: Between Experience and Memory».
This month was also presented «Postales del Estallido Social Chileno», a collaborative book with photographs on October 18, led by students from the University of Chile, while photographer Sebastián Olivari did the same with «Chile despert». Similarly, it is «Estallido», a collaboration of Agency One and the publishing house Ocho Libros.
Another initiative in the field of images is the online exhibition «Never Forget You», composed of 18 photographs that refer to 18 stories captured at different times of social manifestations.
Each of these 18 images is accompanied by a documentary microvideo in which the author tells details of her capture, explaining the context, her motivations and her personal experience at that precise moment, providing in this way a close and emotional story that gives great appeal to the exhibition.

In October, a story was also released about the social outburst that stood out at the «Santiago in 100 Words» awards, specifically a story about a person with eye trauma, which led Josefa Salgado, a 15-year-old Puente Alto, to win the young talent award with «I’m a Pirate.»
«I was sitting outside the office waiting for my attention time. Out of nowhere came a little girl who asked me why I had an eye patch. I replied that she was a pirate in search of the treasure. Her mother, who carried her by the hand, looked at me almost begging me not to say anything. She was a carabinera,» says the text, which circulated massively on social media.
Artists such as Caiozzama have also done their thing, with a large-format mural in favor of the Apruebo in the center of Santiago, or the sculptor Daniel Palominos, who has just inaugurated in La Serena a monument in memory of the young Ecuadorian Romario Veloz, killed by a soldier of the Chilean Army in the early days of the revolt.
Credit: Memory Sites Network.
Finally, a multitude of documentaries on the subject have also been released. It is one of the hottest genres; for something, in March Piñera’s government denied funding to a historic exhibition of Chilean documentaries in France.
Not for nothing, a documentary about young people who lost their eyes to Carabineros shootings even won the 2020 World Press Photo.
Other examples are «Chile en llamas», from a collective of Chileans in Germany; «Huellas Sonoras», a radio documentary rescues oral memoirs from the social outburst;  «Fixed Plane», by Cristian Pérez; PiensaPrensa’s «Social Outburst in Chile»; «Piñera: The War against Chile» by Carlos Pronzato; «Behind the Line,» by Jhon Bustos; «Awakening among the stones», «We are cove» by Ivan Stevens; «A cry of dignity», of the Sabotage Collective; «The Eyes of the Burst,» by David Miranda; and «Salto al torniquete», by Diego Rodríguez, to name a few, or the work of the economist and photographer Marco Sepúlveda, with his channel Primera Línea Chile, among others.
All this without forgetting other transmedia initiatives such as «The Outbreak of Things», a series by the documentary filmmaker María Ignacia Court and the stage artist Trinidad Piriz. 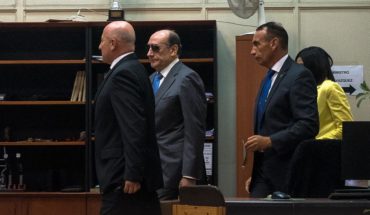 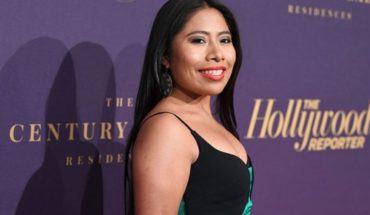 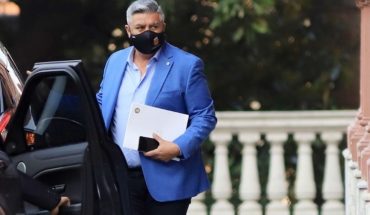