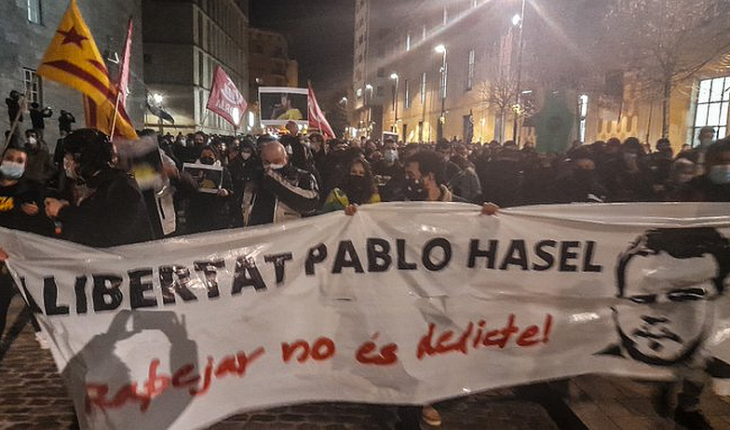 Small groups made up mostly of young people started their night game of cat and mouse with the policemen about an hour after thousands of protesters gathered in the capital of the Catalan region of Spain, which was the scene of the worst incidents of violence recorded during previous protests this week due to the arrest of rapper Pablo Hasél.The officers were also stoned to death in a march in the Catalan city of Lleida , where Hasél spent 24 hours entrenched in the university building before police arrested him to serve a nine-month prison sentence for insulting the monarchy and praising terrorist violence through his songs. Catalonia’s regional police force reported that riots were also recorded in the city of Tarragona, where several protesters threw glass bottles at officers and broke tent windows. Police reported at least 11 arrests on Saturday, including those of three minors. The most serious incidents occurred on Paseo de Gracia, Barcelona’s most luxurious avenue, which features luxury goods shops and modernist-style apartment buildings considered architectural treasures. The crowd made its way down the avenue, breaking shop windows, knocking down motorcycles, setting up metal barricades and setting fire to dumpsters to prevent police from passing through. Some even lashed out at the ranks of the agents, who used their shields to protect themselves from the rain of rocks. Police said they have identified a young man who pointed a laser at a police helicopter for about two hours. After deploying armored vehicles, police landed batons and fired rubber bullets to disperse the protesters. The disorders are apparently caused by a marginal group of young people who make up a small proportion of the thousands of participants in the Marches to support Hasel and against the laws under which he has been convicted. Since Hasel’s arrest on Tuesday, nearly 90 people have been arrested and more than 100 have been injured in the riots. The mayor of Barcelona, Ada Colau, launched an exhortation to stay calm.» Defending freedom of expression does not in any way justify the destruction of property, frightening our fellow citizens and damaging businesses already affected by the crisis» caused by the pandemic, Colau.La past week said, the Spanish left-wing government announced before Hasél’s arrest that it would reform the law in order to eliminate prison sentences for crimes involving freedom of expression. He did not specifically refer to the rapper or set a precise date for the reforms, and his promise apparently has not served to ease social tension with respect to Hasel’s case. 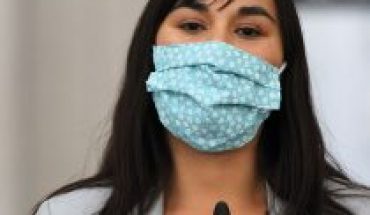 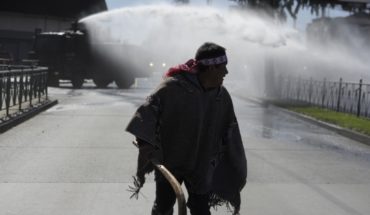 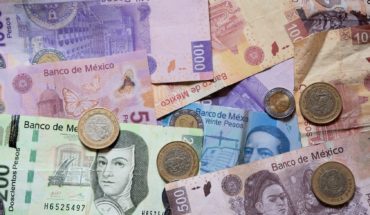