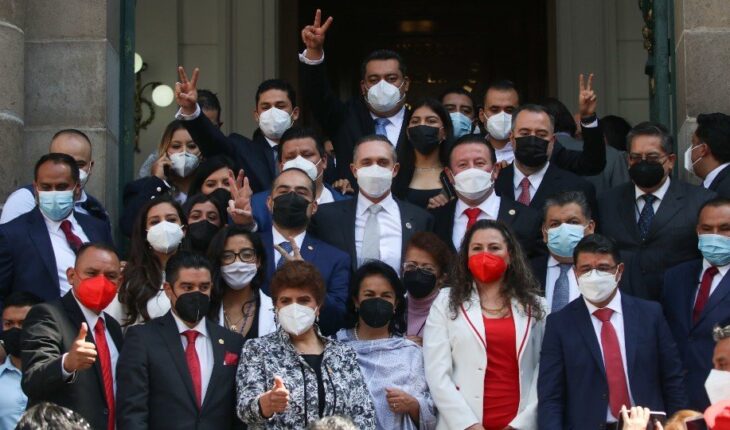 The 16 new mayors of Mexico City protested this Friday in the local Congress; those of the opposition claim lack of resources and debts in the demarcations.
The mayors will conclude their term on September 30, 2024; six of them take office after being re-elected on election day on June 6.
The mayor of Álvaro Obregón, Lía Limón, said she received huge debts and labor awards, for more than 50 million. “The receipt looted, without resources even to be able to conclude the rest of the year in urban services,” reported Reforma.

The mayor of Miguel Hidalgo, Mauricio Tabe, agreed with Limón that there are no resources in his demarcation and that they left them “complicated things”.
“We are not going to stand idly by, it is about the capital, about the neighbors, let’s not think about colors or looking good with the president or with a parliamentary group, we are going to demand what Mexico City deserves and what our mayors deserve.”
Meanwhile, the mayor of Azcapotzalco, Margarita Saldaña, said that she only has the participatory budget, which the demarcation cannot have.

“The participatory budget was already labeled by the COPACOS and that cannot be diverted from what the citizens have already decided to do, money is needed to work for the remainder of 2021 and the first quarter of 2022 but I trust in my previous experience at the head of the demarcation when I was delegated to do a good job.”
During his position, the deputy of the PAN, Christian Damián Von Roehrich, said that he will fight so that the mayors have budgetary autonomy and more powers for the benefit of citizens.
The deputy of Morena, Octavio Rivero Villaseñor, called on mayors to govern with political will, where the openness to dialogue and the search for consensus is maintained.
While the deputy of the PRD, Víctor Hugo Lobo Román, asked them to work for everyone without distinction, with honesty, commitment, with and for the citizens.
On the last election day, the opposition snatched from Morena six of the eleven mayoralties they had won in the 2018 election.

The mayors who took office are: Lía Limón de Álvaro Obregón; Margarita Saldaña of Azcapotzalco; Santiago Taboada, Benito Juárez (re-election); Giovanni Gutierrez, Coyoacan; Sandra Cuevas, Cuauhtémoc; Adrián Rubalcava, Cuajimalpa (re-election); Francisco Chigüil, Gustavo A. Madero (re-election); Clara Brugada, Iztapalapa (re-election); Armando Quintero, Iztacalco (re-election).
Judith Vanegas of Milpa Alta; Mauricio Tabe, Miguel Hidalgo; Gerardo Quijano, Magdalena Contreras; Alfa González, Tlalpan; Berenice Hernandez, Tláhuac; José Carlos Acosta, Xochimilco (re-election), and Evelyn Parra, Venustiano Carranza.
Shienbaum congratulates mayors
The head of government, Claudia Sheinbaum, congratulated the mayors and reported that next week she will have a meeting of remote councils with them.
He said that they will be asked the issues of the security cabinet, citizen attention, through the single window and Cesar, as well as the issue of the Civil Protection Council.
“Congratulations to all the mayors who are taking protest today in the Congress of Mexico City,” he said at a press conference.
What we do at Animal Político requires professional journalists, teamwork, dialogue with readers and something very important: independence. You can help us keep going. Be part of the team.
Subscribe to Animal Político, receive benefits and support free journalism.#YoSoyAnimal 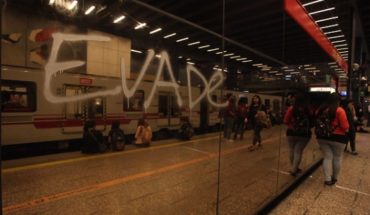 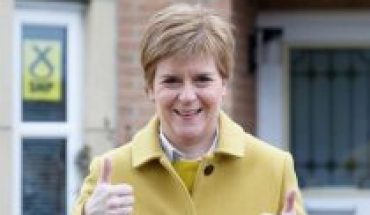 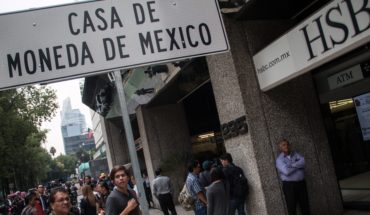 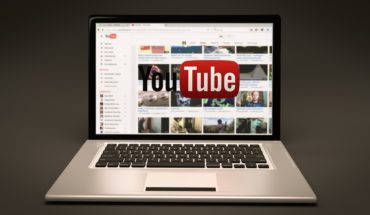