As in almost all leagues in the world, Italy recorded more than 100 cases among the 20 clubs of Serie A and in this case the protocol was carried out for the matches to take place, with travel in between. However, in a full day of 10 matches, only six could be held. In the run-up to the date, the local authorities made it impossible for four clubs to be present on the pitch and thus the games were suspended within hours of them taking place. These were Bologna – Inter; Atalanta – Torino; Salernitana – Venezia and Fiorentina – Udinese, which will have a major complication.
The clubs in question on this occasion Bologna, Atalanta, Salernitana and Udinese that had to stay in their concentration and, except for the last one, the rest were local. What happened was that the other four rival teams said they were present on the field to comply with the regulations. This, despite being by rule and only being fulfilled by Inter, Torino, Venezia and Fiorentina, allowed all of them to win the match 3-0 and there will be an appeal by the rest to avoid this and that it is carried out. The advantage that the latter count is that in 2020 and 2021 similar situations occurred that were reversed.
As for the regulations and not to lose the contest, the autirudades of the competition ruled that if a club has 13 players available between first team and Primamvera (which would be the reserve), it will be obliged to play, something that prevents the game from being suspended. As for the matches that were played, all of them presented some irregularities:
Napoli 1 – Juventus 1 (NAP presented players who were considered close contact, but endorsed by the tests).
Milan 3 – Roma 1 (MIL suffered their two starting central defenders with positives before the match).
Sampdoria 1 – Cagliari 2 (CAG played with most substitutes. It has eight infected players.)
Lazio 3 – Empoli 3
Spezia 1 – Hellas Verona 2 (HV played with several substitutes for many coronavirus casualties)
Sassuolo 1 – Genoa 1 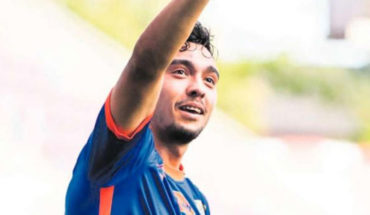