With only 18 months of age at Callie June, she was detected with an advanced neuroblastoma, and since then, her two mothers have made every effort to finance her treatment, even opening a fundraising page. Most of the messages received by Medi from this page have revealed one that has surprised them enough, that of a woman who has decided not to donate her money for homophobic reasons. » My prayers for Callie. I was going to donate $7600.00 (in euros, 6778.74), but I found out that their mothers are lesbians. For that reason I have decided to donate to St. Jude. I am sorry. Still, I’ll pray for her, but maybe it’s the way God has to say that she needs a mom and dad, not two moms, «wrote Bren Marie, on a Facebook account kept open by Callie June. The message, which has been erased,» surprised and disgusted «Tiffany and Albree Shaffer, of Cincinnati, a city of Ohio (USA), her two mothers, who have not stopped caring and fighting for Callie June, according to published ‘ NBC News ‘.
«Albree has had to stop working to be in the hospital with Callie, while Tiffany works as much as possible, leads to the hospital every day and takes care of her other child at home,» explains Tiffany Shaffer’s sister, Lorrie Teate, on a fundraising page Created to help with the expenses derived from the treatment of the small. Callie June, 18 months old, was diagnosed on New Year’s Day by an advanced neuroblastoma with metastases in the lymph nodes and bones. You are in Stage 4 and have a high risk for 18 months of chemotherapy and radiation therapy and you will need a bone marrow transplant and an operation to remove the tumor. Neuroblastoma is a cancer that originates from immature nerve cells found in several areas of the body and which often affects children under 5 years of age, according to Mayo clinic. 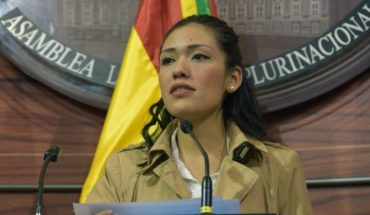