in the country, 98% of transvestites, transsexuals, and transgender people does not have a formal job, as it can be seen from the draft law tabled in the Chamber of Deputies for the adoption of the employment quota of 1 per cent of the post s of the public administration.

The Bill which was officially presented on Thursday 16 August and entered to the lower House last July 3, already has the signature of 40 deputies and members of six blocks and seeks to establish the labor quota of 1% of the public administration nac plant dependable for people shemales, transsexuals, transgender and trans masculinities.

On the fundamentals, among other points, the project points out that 98% of transgender persons does not have a formal job and that this community is one of the most vulnerable populations of the country.

«The reality of this collective is crossed by a context of persecution, exclusion and marginalization, having great difficulties to access the real equality of opportunities and treatment. Most live in extreme poverty, deprived of economic, political, social and cultural rights, having been expelled from their homes and schools, children leaving as the only alternative to keep the exercise of prostitution», is He said in the initiative.

Diana Sacayán, militant trans | Photo: NAMarcela Tobaldi, President of the Asociación Civil La pink orange, in dialogue with NA, said that «prostitution is an imposition to our collective. Prostitution produces the average life span of 35 years. With the Diana Sacayan national law we think break with so many deaths and abandonment of the Argentine Government.»

Tobaldi also said that accompanied this project «by the fight that carried Diana, being that she was the first visionary and presented a project of labor quota trans shemale on the province of Buenos Aires to defend formal employment for our collective».

Meanwhile, the national Deputy Mónica Macha, driving the Bill, said NA this project means to «return to the legacy of Diana Sacayán, in search of more inclusion for one of the most neglected groups».

The project that came to the House last July 3 that will involve legislation that enabled a public policy to generate instances of inclusion, for unit public, dispute it means «a measure specific to that many companions trans shemales» they can leave prostitution».

The initiative presented in Parliament, has a history of law number 14.783, driven by the transvestite activist Diana Sacayán – who was murdered in October 2015 – together with the Member Karina Nazabal, and that it was approved in September 2015 in the province of Buenos Aires, but so far it is not regulated.

«We understand that it is time to introduce this law nationwide, since after its adoption in the province has been marking a path alone by the clear need for the collective travesti-trans. Diana made us an agenda in the struggle for the rights of people shemales and trans we are carrying forward», said Sasha Sacayan, Diana’s brother and co-founder of evil (Susanne liberation movement).

According to the first survey on Trans population in 2012 by INADI and the INDEC, the average lifespan of transgender persons is between 35.5 and 41 years.

They present a draft law to establish the labor quota in transvestites, transsexuals and transgender people | Photo: Swim the survey involved 209 people, of which 35% said that they left school because they discriminated against them; 20% said not to perform any activity that get money; the remaining 80% said that she prostituted or had informal jobs.

To refer to these statistics, which are part of the fundamentals of the project, Alba Rueda, of women Trans Argentina, said: «the law of gender identity is a recognition of the identity but needs to delve into those places that make our living conditions, which are precisely those that have to do with our status as excluded population in the school, family, field health».

Wheel stressed that what is needed is that the «State we recognize» and that «The State has to generate public policies of inclusion and add a different perspective to complex societies». 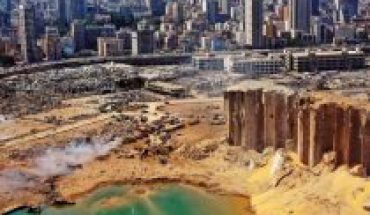 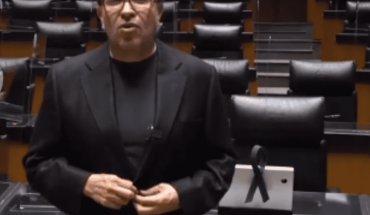