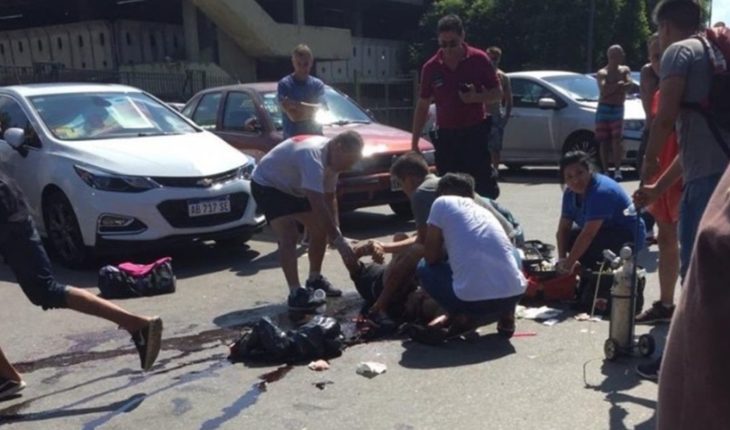 is a fight between two rags ended with one of them in serious condition after having been stabbed. The incident occurred Sunday in the avenida Dorrego, metres from Libertador and near GEBA Club and of the rose garden, when the attacker approached the victim, 21-year-old, and without a word cut it in the leg, at the height of the femur. The injured lost much blood to suffer a cut in the femoral artery and remained hospitalized in critical condition in the hospital Fernández.
The city police took a suspect identified as «El Dani», of 22 years, who was accused by «injuries».
Apparently, the violent aggression occurred because the offender considered that the victim was occupying their «territory» to make the surveillance of parked vehicles.
A witness of the fact told channel TN that the injured boy was «very bad» and the first to meet him were three private doctors who were just in the place of the attack.

In December, the Buenos Aires legislature approved a draft law banning the rags and the glass cleaner in the city. This new regulation applies economic penalties, days of work of public utility and to arrest, where the existence of a mafia behind the practice. Before this regulation, activity was considered an offence if it is proved that there was a «requirement» of money by the person offering that service. In cases in which the mode takes place in a football stadium and proves the direct or indirect participation of individuals linked to the club, institution or organizing the fine will be 5000 to 10,000 units fixed, as well as the closure of its facilities.