United States.-Many fans of the series have Prepado to see episode 4 of the season 8 Game of Thrones, only to find that broadcast services HBO NOW or HBO GO are not working.
Sometimes servers are overloaded and these services are blocked, given error messages, left blank or simply blocked. Unfortunately, this problem has happened with people every week (not to mention last week, when the episode was also too dark for enough spectators).
There are different options about what you can do if the servers fail again tonight, along with other alternatives that can change quickly in case nothing seems to work.
If HBO GO or HBO NOW are down, blocked, sending error messages or charging endlessly when it is supposed to start episode 4 of Season 8, these are the options to solve the problem.

First, make sure your application is updated to the latest version. Sometimes, HBO will solve access issues, but they’ll only be available in a newer version of the application.

This means that if there were problems last week that required a correction of the HBO NOW or GO application, the application may need to be updated before you can see it tonight.
If that doesn’t help, try restarting the application or switching to a different device. Some viewers may have problems with the website, for example, but find that the episode can be loaded well on your iPad or phone.
Or maybe it won’t load on your iPad but it will load well on your Xbox. If a device is not working for you, try another device.

For the third week in a row, @HBO’s video streaming service, HBO Go, in the United States and across South America can’t cope with subscribers who want to watch #GameofThrones and crashes. pic.twitter.com/xUQtTpU42U — TVwithThinus (@TVwithThinus)
April 29, 2019

If you are not charging in your Smart TV application, try switching to Apple TV. For some reason, some versions of the application might work even if another is not.
You should also check the tweets of HBOGoHelp or HBONowHelp, along with the tweets sent to those accounts, to see if there is any problem.
Sometimes, HBO will post a quick fix to a problem in the respective Twitter accounts, so it’s a good idea to review them to find possible solutions.
You can also tweet directly to any of the accounts. HBO GO can respond by asking you to send them a direct message with your HBO ID, email, TV provider, device, bandwidth and troubleshooting steps you’ve already tried. 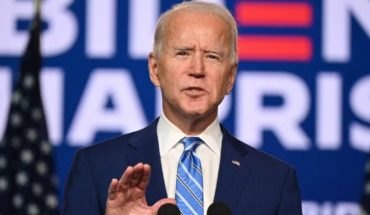