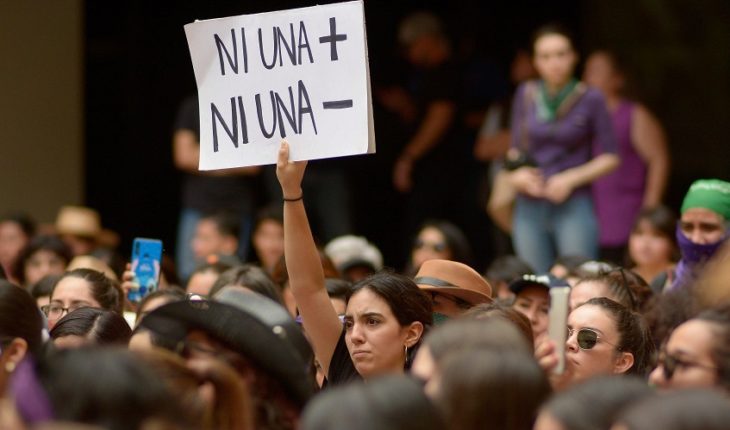 Social organizations demanded in a letter to President Andrés Manuel López Obrador certainty about the budget that will be counted on to address violence against women in the country.
“We turn to you, as representatives of the Mexican population, to externalize the uncertainties caused by the austerity measures published in the Official Journal of the Federation on April 23, 2020.
We believe that the austerity measures mentioned above could have implications for programmes aimed at ensuring women’s human rights, particularly those aimed at the care and prevention of violence,” said organizations such as EQUIS Justice for Women, Seed Fund, Catholics for the Right to Decide, the Women’s Human Rights Centre, Fighters and the National Citizen Observatory of Feminicide.
“As the Secretary of the Interior has acknowledged, violence against women has increased during the “Day of Healthy Distance”. The information published by the Executive Secretariat of the National Public Security System (SESNSP) confirms that during March the telephone number 911 recorded 115,614 emergency calls of women at the national level, representing an increase of 22.31% compared to February. That is, in march 911 received on average 155 calls every hour daily,” they added.

#CuarentenaConDerechos ✊? The budget for preventing and curbing #ViolenciaVSLasMujeres is ESSENTIAL, particularly in this context in which it has gone up.
We demand clarity and transparency. Read the open letter to @lopezobrador_ and @M_OlgaSCordero ??https://t.co/WheECSiGWc pic.twitter.com/YnMu4r8M7c
— EquisJusticia (@EquisJusticia) May 6, 2020

This Wednesday morning, President López Obrador said gender-based violence has not increased during coVID-19 quarantine.
However, organizations recalled data such as that, according to figures from the Executive Secretariat of the National Public Security System, in the first three months of 2020 they were 960 women and girls killed, and 240 of these murders are being investigated as femicides.
“To date, according to the National Network of Refuges, A.C., the 69 prevention, care and protection spaces that it has are 80 or up to 100 percent of its capacity and there are no extraordinary resources for the Refuges to cope with the health contingency, as are the Emergency Houses, which would allow mitigation of the spread of coronavirus within the Shelters, as well as the Transitional Houses for those women who at the end of their process do not have housing options, and now less in the face of the economic impact that COVID-19 represents on women,” they said in their letter.
“It is also concerned that, on 3 April, the National Institute of Indigenous Peoples (INPI) published the discontinuing delivery of the resource budgeted in PEF2020 for the Houses of Indigenous Women (CAMIS), on the grounds that “there are no conditions for projects and to protect beneficiaries”, which is alarming as violence against women also affects in indigenous regions,” they added.
Against this background, they mentioned that it is vital that the institutions that serve them are strengthened, in order to cope with the increase in cases they face.
“It is of the utmost importance that they have certainty regarding the budget they have available to continue operating, which is not reflected in the wording presented in the decree issued on April 23, 2020.”
Finally, the organizations requested:
Detail which budgetary programmes are included in point 38 of paragraph V of the decree issued on 23 April 2020.
In particular, we are interested in whether programmes aimed at the prevention and care of violence against women are included; if they have the necessary budget to continue their operation during and even after the health contingency, since the decree is in force until December 31, 2020. If not, let us know what the forecasts of extraordinary resources are to ensure women’s access to a life free from violence during this pandemic.
Clarity and transparency on the amount and mechanisms through which resources to address violence against women during and after health contingency will be exercised.
What we do in Animal Político requires professional journalists, teamwork, dialogue with readers and something very important: independence. You can help us keep going. Be part of the team.
Subscribe to Animal Político, receive benefits and support free journalism #YoSoyAnimal. 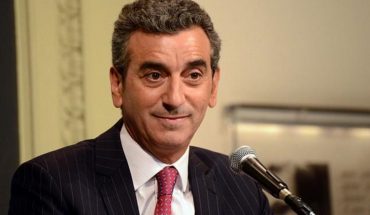 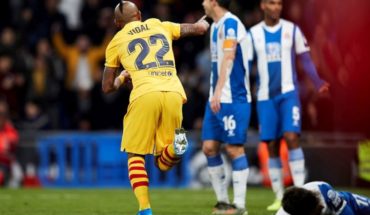