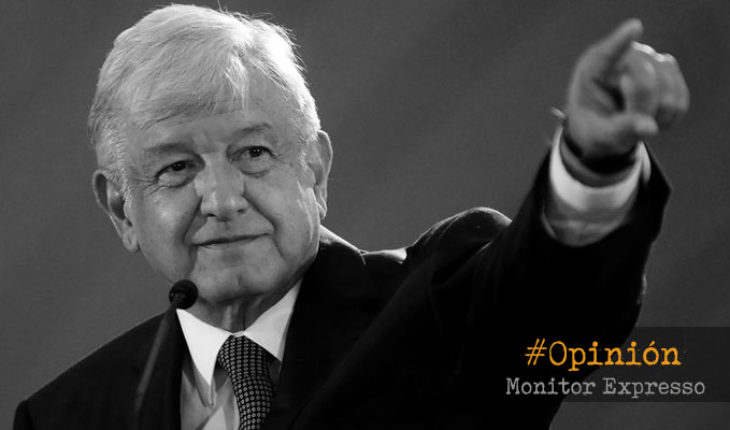 On July 1, 2018 the plates of national politics were cemented as in many years it did not happen in Mexico, the meaning of the arrival of a man in the presidency changed, for decades it amounted to more of the same, to change of administrator, tyrant or even employee for the most privileged sectors, however, with the arrival of Andrés Manuel López Obrador to the national palace in his investiture , hope regained its meaning to put power at the service of others.
While the SAR defines hope as “the mood that arises when what is desired is attainable” the hope that Mexicans placed in the arrival of AMLO in the presidency is incalculable, since those who have been following it for decades in their fight against corruption, those who lived the achievements of their government in the D.F. , those who in his examination of conscience recognized in him an invaluable opportunity to begin to change the regime, the repentants of the previous regime and even opportunists placed their heterogeneous hopes on a man.
Taking those hopes of a heterogeneous society to turn them into the general lines of the transformation proposed by the president, has quite merit, although the most complicated thing in democratic exercises is to please all groups in society, the claim of the majority is weighted, something that had stopped happening for quite some time and is that this permanent majority claim is justice is justice , even with its nuances.
Since the thousands of people who with their varied hopes accompanied the president, in strenuous days against the corruption of the institutions and their struggle to maintain the status quo of the privileged sectors in the country generated a sense of belonging to the same Andrés Manuel López Obrador and the movement he leads, the moral quality linked to duty , to virtue, merit and even heroism; a synonym of dignity that was chored, in the thousands of throats hoped for a change, that famous phrase: “It is an honor, to be with Obrador”.
Two years from the government referred to as the Fourth Transformation, various claims of that illustrated hope are still pending above, of a heterogeneous nature and with their raison d’etre, that is, they are legitimate at least for the people who place their hope that their claim will be carried out, which must lead us to the constant question that could be asked , in other words, but for the specific case you must say; Is it still an honor, to be with Obrador?

Answering the above, for some will be simple, despite the outstanding slopes that may exist and the changes that may be necessary, will be simple at least for the millions who placed their non-blind trust in a profound transformation of the political regime in Mexico, a matter not easy for Andrés Manuel López Obrador, just that he will need to endorse that accompaniment of the people in his second part of the sexenio , in the 2021 elections and answer now yes, which remains an honor.
“The first great victory is achieved over the pessimism that gives news of the enormity of the obstacles and the unfortunate end of those who have tried to challenge the long-time victors.” – Carlos Monsiváis Aceves.