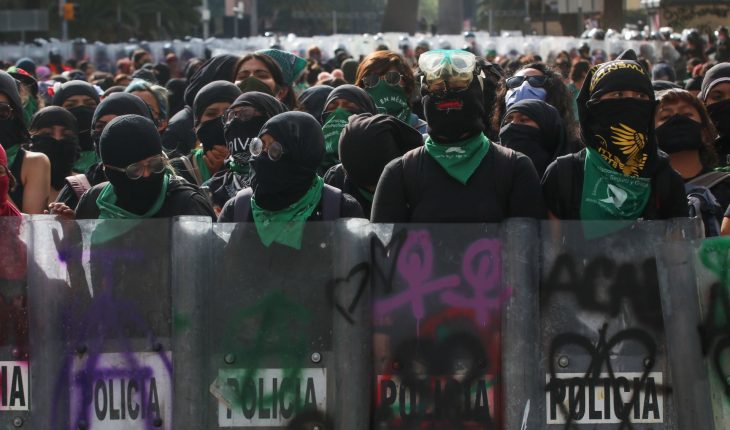 As part of the International Day for the Elimination of Violence against Women, the «March #25N» will be held on Wednesday, November #25N. Various feminist groups will come together to march through the streets of historic downtown Mexico City to demand a transformation to the current situation of women in the country.
Their main demands are: repudiation of government repression, pronouncement against precarization and labor violence towards women, and demand for the autonomy and freedom of their bodies and lives, materialized in the right to abortion.
Read: In 8 months of pandemic, shelters for violent women have taken care of 51% more requests for help
Mobilizations will begin at 2:30 p.m. at San Cosme Metro Station toward the Monument to the Revolution. Then, at 15:30 hours they will be organized in the same place to march towards the Plaza de la Constitución, a mobilization that will begin at 16:00 hours.
Various feminist organizations, trade unions, trade unions, popular organizations and political organizations will participate.
As reported in a statement, Mexico City’s Ministry of Citizen Security anticipates that protesters will paint during activities.
Find out: Sexual violence: you’re not alone and it’s not your fault
The Ministry of Security will implement security devices, which will be working from 10:00 hours. Its objective will be to «ensure the personal and heritage security of the population and the participants of the mobilization».
A total of three thousand 230 elements will be deployed, distributed throughout different points of the city. The Femenil Metropolitan Police Unit, «Athena», will participate, with 300 elements distributed along the Avenues Bucareli, Rosales and Paseo de la Reforma.
These members may be identified with a green vest and extinguishers, and shall operate in order to respond to the control, orientation and containment of crowds in the event of any contingency.
However, according to the Secretariat of Capital Security, a total of two thousand 80 female elements will be involved, which will counteract the thousand 150 male elements.
The elements will be found along the route from the point of origin, and as the mobilization progresses, they will move to the points where the protesters are concentrated.
Cops won’t throw objects
The Mexican City Secretariat of Citizen Security notified that in the event of objects (such as sticks, stones, pyrotechnics) thrown at police, operational commands will order and prevent items from throwing back objects.
Operational Commands will assist and monitor with video surveillance cameras from control and command centers C-2, C-5 and the ComputerIzed Road Control Center.
Read also: AMLO claims that the causes of femicide and homicide are the same; Sanchez Cordero contradicts him
In the same way, video equipment will be requested in environments of bank branches and ATMs, points of promotion and descent of public transport, taxi and minibus bases, and parking areas. This is aimed at ensuring the SSC, preventing the theft of passers-by and detecting any act that conflicts with public order or jeopardizes the safety of people.
Operational personnel shall not carry firearms and must carry organic equipment with them. The Secretariat stated that respectful treatment should be observed in its relations with persons, and should refrain from any act of arrogance or abuse. 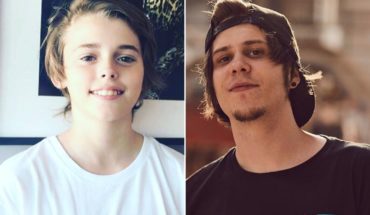