The novel ‘Albert Speer, one day’, written by Mexican Juan Rivera Arroyo was the winner of the XXV Vargas Llosa Award.
The work addresses the imaginary journeys of Albert Speer, known as Hitler’s architect, from prison, after deciding to «walk around the world,» halfway through his sentence.
Read more: The novel written 100 years ago that portrays quarantined life of 2020
«Thanks to a meticulous record of the kilometers traveled, you can mark your progress on maps. The starting point is Spandau Prison in Berlin. The imaginary journey, without leaving his rigorous imprisonment, takes him through Eastern Europe and Asia, across the Bering Strait and along the west coast of North America,» the jury’s review recounts.
He also recounts the most important episodes of Albert Speer’s collaboration with Nazism, as well as the publication of documents revealing that «his involvement in the Holocaust was greater than he ever admitted. However, he has gone into history as ‘the good Nazi’.»
The jury, convened by the University of Murcia (Spain), the Mediterranean Foundation and the Vargas Llosa Chair, highlighted the work of the 28-year-old as «effective and brilliant exercise of the Spanish language, put at the service of a plot that ends up revealing the radical immorality to which he brought that collective madness of National-Socialism».

«The author has created an inventiveness of trips figured in the mind of the character, from the timed tour of the courtyard of Spandau prison,» they noted of Juan Rivera, who will be awarded 12,000 euros and the publication of the novel.
Riera, born in 1992 in Pachuca, Hidalgo, holds a degree in literature from Casa Lamm, with a postgraduate degree in storytelling at the Scuola Holden in Turin and a master’s degree in creative writing at the University of Seville.
This same year she won the Laura Méndez de Cuenca National Literature Competition, with her novel «The House of Broken Memory».
He has also published the short story books «El lecho del mar» (Ricardo Garibay State Tale Award 2010) and «La ronda».
What we do at Animal Politics requires professional journalists, teamwork, dialogue with readers and something very important: independence. You can help us keep going. Be part of the team.
Subscribe to Animal Politics, receive benefits and support free journalism.#YoSoyAnimal 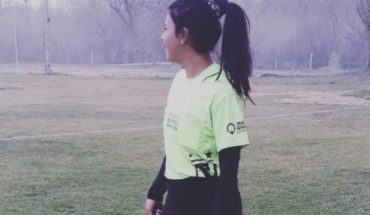