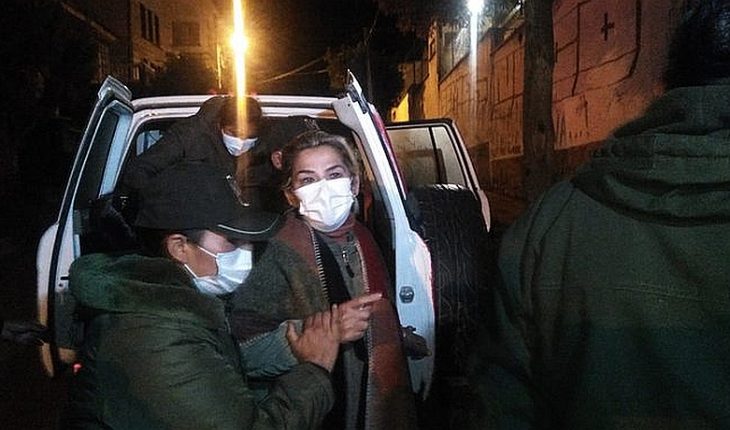 Bolivia’s Ministry of Foreign Affairs has called as “unfortunate interference” the statements of U.S. Secretary of State Antony Blinken, who has called for the release of former President Jeanine Añez, arrested for her self-proclaiming as president following the departure of Evo Morales in November 2019.” Such pronouncements are an unfortunate sign of interference in internal affairs” that “do not contribute to developing a relationship of mutual respect between our States,” the Bolivian Chancellery said in a statement.” The Ministry of Foreign Affairs notes that such declarations violate the principle of non-interference provided for in Article I( 2) of the Framework Convention on Bilateral Relations of Mutual Respect and Collaboration signed between the United States of America and the Plurinational State of Bolivia on 7 November 2011″, recalls the communiqué. In addition, La Paz emphasizes that the country “regained democracy from the assumption under President Luis Arce Catacora, on November 8, 2020, with the full validity of constitutional rights and guarantees and those defined by international human rights law”. Bolivia also emphasizes its willingness to maintain and strengthen friendly relations with the entire international community, based on respect for its sovereignty and self-rights. On Saturday Blinken expressed concern at signs of “undemocratic behavior.” “We call on the Bolivian government to make clear its support for peace, democracy and national reconciliation, including freeing ex-officials detained pending an independent and transparent investigation,” Blinken said.” The United States is deeply concerned about the growing signs of anti-democratic behavior and the politicization of the legal system in Bolivia in light of the recent arrest and pre-emptive imprisonment of former interim government officials,” he added. This week, without going any further, the Women’s Legal Office has denounced “serious abuses” and “illegal actions” in the arrest of former President Jeanine Añez, who remains serving pre-trial detention in Miraflores prison, washington recalls, according to the agency, Añez is “being subjected to abuses of power that degrade her human dignity and violate her human rights, with illegal actions” , including raiding your home and detention “late at night” without a court order, they detail. These so-called “illegal” actions that list “constitute torture, cruel, inhuman and degrading treatment,” requiring Justice to “act in independence” and immediately release the former president. The former representative, imprisoned for her role in the post-election crisis of 2019, went on hunger strike because she “doesn’t want to fight.” He’s awaiting trial. Last week, Bolivia’s Justice expanded Añez’s pre-trial detention from four to six months as the investigation against him progresses for alleged sedition, conspiracy and terrorism. Thus, the United States has decided to join “the numerous statements of the European Union, the Conference of Catholic Bishops of Bolivia and Bolivian and international organizations that have publicly raised serious doubts about the legality of these arrests”. While the United States celebrates “the democratic success of the October elections with the Bolivian people,” it also regrets that “the recent arrests of interim government officials are not in line with Bolivia’s democratic ideals: they discredit the extraordinary efforts of so many Bolivian voters, candidates and public servants who allowed the October 2020 national elections.” 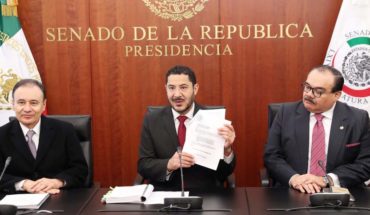