At the exit of a bowling alley in Playa Grande, Mar del Plata, a group of six young men beat Rodrigo Lombardo. The victim ended up with a skull fracture, two neck wounds and a cut on his arm, which he could lose if he is not operated on. Elio Lombardo, father of the victim, published a video of the beating and denounced that there are more young people than those who appear in those images. Through social networks the man asked for help to find those who beat his son. Thanks to that, he found several and asked “that no one act on their own” going to look for those responsible. This video is just one part of how these guys savagely beat and hurt my son. I need to please pass it on to me. It helps me a lot to be able to do justice because Justice acts very slowly. I ask that no one act on their own and go find these guys. There are still more images missing where others who beat him appear. I need you to report to the police station. Think that today is my son but tomorrow it may be one of you,” he wrote on his Facebook account leaving his cell phone for any information. The family is looking for more videos of the moment or witnesses.
The 20-year-old was hospitalized until 20 on December 24 at the Interzonal Hospital of Mar del Plata that, due to lack of beds, gave him “discharge” and now he must continue with the care from home. The blow with a glass bottle caused a skull fracture, two wounds to the neck from glass cuts and a cut on the arm that, if not operated, could lose him. 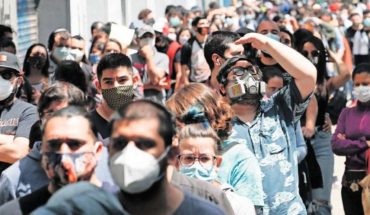