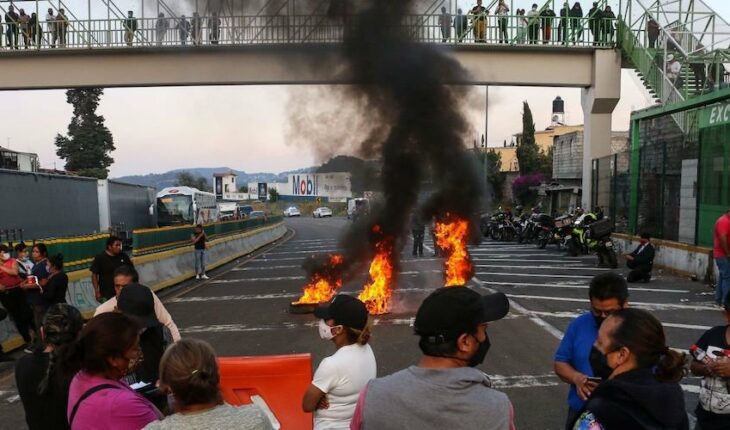 A confrontation between residents of San Miguel Topilejo, Tlalpan, and mexico city police has resulted in a blockade of more than five hours on the Mexico-Cuernavaca highway.
According to the version of the Secretariat of Citizen Security (SSC) of Mexico City, eight people were arrested – including a teenager – on Wednesday for their alleged responsibility in the assault on officers and in causing damage to police vehicles.
The confrontation occurred when the police “were alerted to a citizen arrest on Cerrada Santa Cruz Street,” where they identified two people who were being held by approximately 30 people, who pointed them out that they were allegedly responsible for trying to steal mechanical games.

Read more | Transporters block roads in various parts of the country; demand a halt to extortion and greater security
“At the time of trying to free these subjects, the villagers physically assaulted the uniformed men, in addition to causing damage to the vehicles of the institution,” they said.

🚨The blockade at kilometer 30, on the Mexico-Cuernavaca Highway, adds up to just over five hours; demand the release of eight detainees.

📹 Alberto Neri pic.twitter.com/WSdjniMUTt
— CITY (@reformaciudad) May 5, 2022
The result of the confrontation was six injured policemen, who were transferred to different hospitals for medical evaluation.
“One of them presented a direct contusion on the eardrum with apparent penetration, so he was immediately transferred in a Condor helicopter to a specialized hospital,” the capital police said.
In response, residents blocked both directions of the highway, which remain closed, according to Federal Roads and Bridges (Capufe). 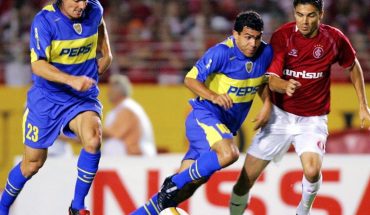 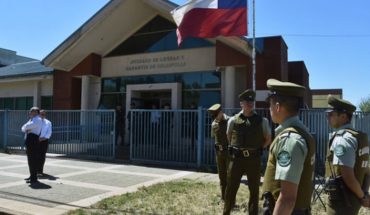 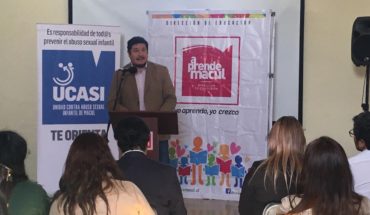