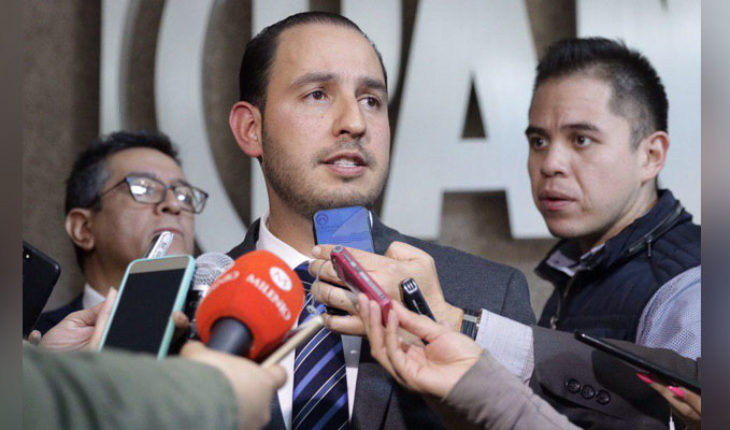 city of Mexico.-Mexico demand a responsible management of the economy, to create a favourable climate for investment and job creation, the Chairman of the National Executive Committee of the PAN, Marko Cortés Mendoza said.
He pointed out that the first two months of the current administration have distinguished themselves by improvisation and the failure in the management of public and financial policies; low in expectation of GDP growth, leading today to below 2 percent.
To sustain it, exposed a list of facts and their consequences for the economy of all Mexicans: 1. the cancellation of the new international airport of Mexico (NAIM) already cost the country 160 billion pesos, without considering the lost jobs and the compensation to the construction companies and suppliers of inputs.
2. the approval of a welfare budget of expenditures and clientele, not encouraging productive activity, or families, nor the country’s economic growth.
3. the shortage of petrol in the Bajío and Center country (mainly), generated losses by more than 20 billion pesos, according to the Confederation of industrial chambers (Concamin).
The economy of Guanajuato had losses by more than 14 billion pesos, while the Jalisco suffered a loss of 5 billion pesos.
There was also unemployment in both States by the temporary closure of companies, businesses and gas stations.
4. the blocking of the railway in Michoacan for 19 days by the masters of the national coordinator of education workers (CNTE) caused losses of more than 25 billion pesos (1 billion per day, according to Concamin).
During the blockade, 200 trains with one million 700 thousand tons of products (including fuels), were stranded with the complacency of the Government of the Republic, while obstruction of roads, are of federal competence.
5. the negative rating given by the consulting firm Fitch Ratings on the financial situation of Pemex confirmed the mismanagement of the company, causing distrust of investors and the consequent increase in financial costs.
According to information from Forbes March 2018, Pemex debt is higher than the 175 billion dollars, beating CNPC of China (137,519 billion dollars), Petrobras of Brazil (135,075 million dollars), Shell of the Netherlands (118,198 million dollars) and Rosneft of Russia (98,720 million dollars).
For national action, the disqualification of the President of the Republic to Fitch was unfortunate and devoid of technical rigor, which only reflects a misunderstanding of the issue.
At this point, the bread reiterates the need to change Pemex executives by experts in the field, as well as a reconsideration of the strategy against gasoline theft. In particular, it is imperative to replace the Director General, who is an agronomist without experience in the sector, by an expert in finance, foreign trade and with experience in the oil market.
6 strike in 42 maquiladoras in Matamoros, Tamaulipas produced losses of more than $ 100 million.
It must be remembered that this strike was generated by the poor implementation of the necessary increase in the minimum wage, which in the area is 176 pesos, while the Federal Government socializara it correctly with the workers and employers of the maquiladora industry and manufacturing export to avoid putting at risk the continuity of business projects, various production chains and the use of 40 000 people in the region. Once more the Federal Government performs an action required, but badly implemented by their incompetence.
7. a very severe slope of January, which in addition to the foregoing the dismissal of 145 thousand employees of the federal public administration, thus repressing domestic consumption and increasing the number of unemployed people, whose rate reached in December hit their higher to settle at 3.6% of the population is economically active, close to two million Mexicans out of work, according to Inegi.
8. the absenteeism and contempt of the President of the Republic to the Davos Economic Forum, made that Mexico lost the opportunity to interact with key world leaders on the economic prospects of the world, as well as to take advantage of the opportunities that promote new foreign investment in Mexico.
Therefore, national action considers that the Government of Morena is damaging the country’s economy and is promoting uncertainty to financial markets.
Finally, it expressed the disposition of national action to contribute with proposals for the good performance of the economy, improve the income of families and jobs badly needed the country generated. 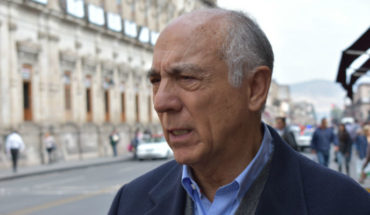 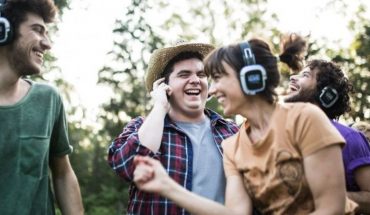