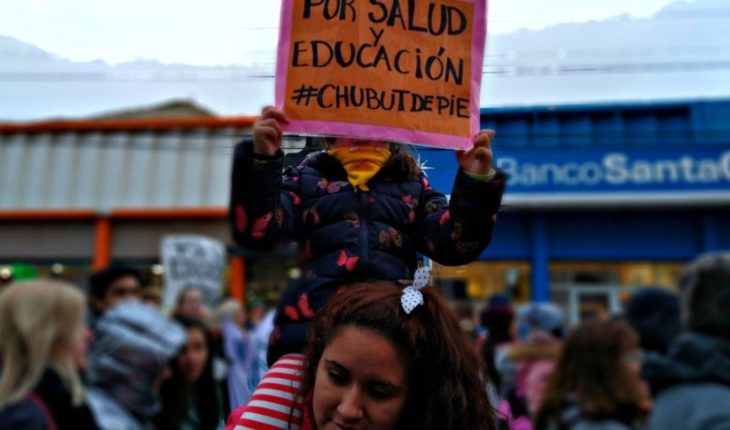 The guilds that make up the Union Unity Bureau (SMS) ofChubut announced that they will continue this week the stoppage of activities that has already been uninterrupted for 20 days, while teachers began a cut-off of the so-called “oil routes” that connect to Comdoro Rivadavia with the deposits. The interruption of traffic occurs on routes 3 and 26, at the southern access to Comodoro Rivadavia, head of the oil basin that will be affected by the activity during today and tomorrow.
“We’ve decided to be on the road for 48 hours since this midnight,” explained Chubut Education Workers Association’s southern general secretary Daniel Murphy.

In dialogue with the Télam agency, the leader said that “we came to this because of the constant non-compliance with the approved par-group agreements, the out-of-term payment of wages and the National Teacher Incentive Fund, the irregular and partial functioning of the sEROS and the intimidation by the provincial government regarding the discount of unemployment days.”

Cut into one of the “oil routes” in Chubut.

Carlos Milani, general secretary of the Chubut Road Workers Union (Sitrajuch), confirmed that they will continue to be unemployed “until the last of the state’s staff is paid.” If so, the force measure will continue until the 30th of this month, when the government undertook to deposit the last asset range for July. Governor Mariano Arcioni’s administration has a monthly “red” close to 2,390 million pesos, as acknowledged by the minister of economy of this district, Oscar Antonena, who will travel tomorrow to the City of Buenos Aires to seek help from the government centrico.

“We have revenue of nearly $2.1 billion and wage commitments of 4.437 million,” including social burdens and law contributions.

Antonena explained that “we actually need an amount of 3.750 million to pay the net salary, regardless of social burdens.” Education Minister Resigned
Leonardo De Bella left his position since May, after his resignation with Governor Arcioni. The resignation is amid the state’s economic crisis and the unemployment of state workers, including teachers and education aides who have largely been sustained with measures of force since the end of the winter recess. Along with him was one of his collaborators. This is Daniel Ehnes, who served as undersecretary of resources, support and auxiliary services of the Ministry of Educación.De Bella had assumed following the resignation of former minister Graciela Cigudosa, who left the government following a complaint for alleged fraud on the public administration in the management of funds for the repair of schools, facts for which it was charged last week. Neuquén
State, teachers and judiciaries, together with social movements in Neuquén, called for a 24-hour stoppage and mobilization next Thursday under the slogan “Unity against Adjustment” of the national government. The measure was resolved on Monday during a meeting held by the leaders of the organizations within the framework of the Argentine Workers’ Central, based in the provincial capital.” The consequences of the adjustment and the latest devaluation today find us working in unity and with joint actions that we have resolved to meet a 24-hour provincial stopover next Thursday with mobilization in the center of Neuquén,” said the Secretary-General of CTA and ATE, Carlos Quintriqueo.
“Economic policy affects all sectors and we in Neuquén cannot look the other way,” he added.

The convocational guilds and social movements signed a single document calling for emergency wage recomposition, the sanctioning of the Food Emergency Act, the free of-treatment of retirees and expressing solidarity with the conflicting teachers in Chubut.Río Negro province
The State Workers Association (ATE), together with the Rio Negro Central Workers (CTA), will mobilize on Wednesday in Viedma, Bariloche, Cipolletti and Neuquén to demand par-thing negotiations that compensate for the backlog of wages against inflation.” We can’t wait any longer so we have to go out on the streets to protest and demand an overtaking of the paritys,” said The Secretary General of ATE and CTA Autonomous of Rio Negro, Rodolfo Aguiar.Stressed that it is necessary to increase wages due to the increase ” of the dollar by 30% was directly shifted to the prices of goods, goods, services and medicines.” Meanwhile, the governor of the Rionenega, Alberto Weretilneck told the press in the city of General Roca that the province cannot pay a bonus of 5,000 pesos to state workers, one of the measures issued by the national government after the last devaluation of the “No new wage discussion” is planned with public sector unions. He insisted that Rio Negro “is not in economic condition” to pay for that incentive and refused to reopen the parities “until after September.”
In this note: 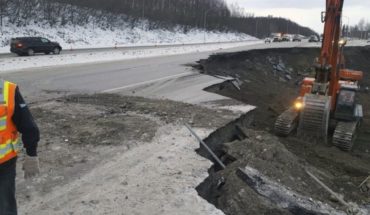