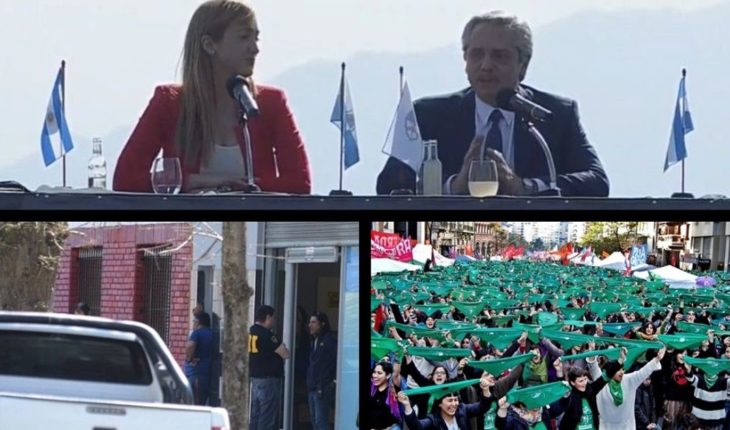 1. In Mendoza, Alberto Fernández confirmed his plan of alternative capitals

In the same event where he endorsed the candidate for governor Anabel Fernández Sagasti, Fernández detailed his intention to distribute to the national cabinet throughout the country and get him out of Buenos Aires. I kept reading here… 2. Video: so was the command hit to the bank of La Plata

It happened on Tuesday morning when six criminals entered the Industrial Bank and reduced customers while they took out the money. I kept reading here… 3. Cordoba: Justice rejected pro-life raise and abortion becomes non-punishable again

The association Portal of Bethlehem had presented a precautionary one that hindered the voluntary termination of pregnancy in the province. I kept reading here… 4. «Inconceivable»: what treatment are sexually abused victims in Argentina?

The series revealed the abuse women receive from police and justice when they are encouraged to share their experiences. Is that really the case? Spoiler: yes. Filo.News spoke to a feminist lawyer to learn more about our country and what the impact of the series is. I kept reading here… 5. Gisela Marziotta: «Conadep for journalists?, Yes»

The candidate for deputy head of government of the City of Buenos Aires by the Frente de Todos responded affirmatively to the opinion on a «Conadep for journalists». I kept reading here… 6. Lagarde on the crisis in Argentina: «We did the best we could»

Away from the body and close to taking the presidency of the European Central Bank, the former director of the Fund reaffirmed that if the Argentine crisis had taken part it would have been «much worse». I kept reading here… 7. Three referees were left out of the 8th super league after their performances

Merlos, Mastrangelo and Vigliano had rude mistakes in their matches and were left out of the next date. I kept reading here… 8. Lali Esposito surprised his fans disguised as mannequin

The singer took the opportunity to surprise her fans and take pictures with them. I kept reading here… 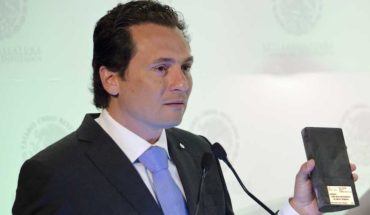