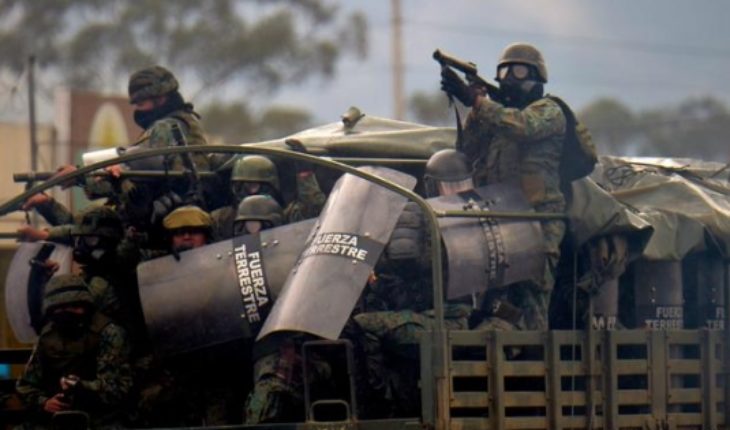 Ecuadorian President Lenín Moreno decided to move the government headquarters to the coastal city of Guayaquil, after loud protests took place on Monday near Carondelet’s palace, and blamed his antec Rafael Correa, of an attempted «coup d’état.»
In a message to the nation on radio and television, Moreno, accompanied by Vice President Otto Sonnenholzner, and Defense Minister Oswaldo Jarrín announced that the transfer of government operations to this city is due to the siege of the protesters in Quito.

«I have moved to Guayaquil and moved the headquarters of the government to this beloved city according to the constitutional powers that compete with me,» he added by ensuring that what has happened in the country in recent days «is not a protest rally in the face of a government decision.»
Also accompanied by several military chiefs, the representative blamed Correa (2007-2017) for being behind the alleged attempts to destabilize his government, and accused him of being behind what he called «coup attempt». «There is, he said, «an organized political intention to destabilize the government and break the constituted order and break the democratic order.»
For Moreno, those who have generated acts of extreme violence are «paid and organized external individuals» and said it is no coincidence that several leaders of the Correa government went to Venezuela a few days ago to prepare the alleged Destabilization. «They are the corrupt who have felt the steps of justice by closing them to respond, they are the ones behind this coup attempt and are using and instrumentalizing some indigenous sectors, taking advantage of their mobilization,» he said.

According to the representative, his correitor opponents «are funding the aggressions and rants» with the money they «stole» during the previous administration, so he bluntly rejected «this attack on democracy.»
Firm refusal to rectify
Moreno thanked the Armed Forces and the Police and remarked that his Government will «continue to protect citizens’ rights and peace of mind.» «We will always avoid any bloodshed,» he added, insisting that «democracy and peace will come out again victorious» from this test.
But on the measures that have triggered the violent protest, he repeated that it will not «backtrack» and that the elimination of subsidies or state aid to lower the cost of fuels, is a «historic decision» that will hold firm for «our economy is healthy and the dying protected.»
In addition, he noted that the adjustment measure, which had been rejected by a number of social groups, especially trade unions and indigenous peoples, affects powerful economic groups, such as gasoline smugglers. «I assure you that however hard it may seem we have done the right thing with the homeland,» Moreno apostilled after calling into dialogue to the social sectors, «a door that, he said, in the government never closed.»
Congress denounces attempt to seal its headquarters
On the other hand, the National Assembly denounced on Monday that protesters in Quito against the fuel hike tried to forcibly occupy its headquarters.
The entity noted in a statement that it «categorically rejects the acts of vandalism in the vicinity of the Legislative Palace, as part of an attempt to setake the headquarters of Parliament» in the Ecuadorian capital. 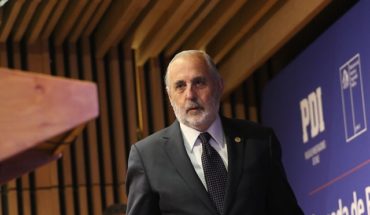 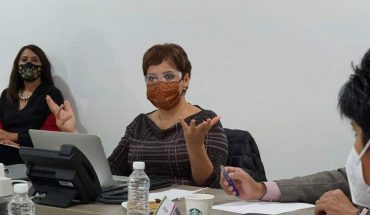 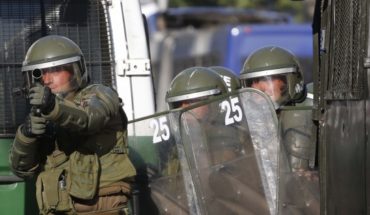