The five defenders of the Tseltal territory who last week had been arrested for the alleged murder of Antonio Aguilar Pérez, municipal police of San Juan Cancuc, were linked to the process.
Yesterday afternoon, the control judge decided to grant the Specialized Prosecutor’s Office of Indigenous Justice 30 days to gather more evidence against Manuel Sántiz Cruz, Agustín Pérez Domínguez, Juan Velasco Aguilar, Agustín Pérez Velasco and Martín Pérez Domínguez, all from the parish of San Juan Evangelista de San Juan Cancuc.
The five Tseltal Indians are part of the Believing People, a Catholic movement close to liberation theology that has thousands of bases in Chiapas, in its peaceful struggle against militarization and megaprojects. The detainees were placed under the precautionary measure of preventive detention, that is, they will continue to be detained while the prosecutor’s office investigates the facts.

Manuel Sántiz Cruz, Agustín Pérez Domínguez and Juan Velasco Aguilar were arrested on Sunday, May 29 in San Juan Cancuc for possession of marijuana — despite the fact that their investigation file states that they were arrested the next day in San Cristóbal de Las Casas — and are accused of the murder of the policeman immediately after they proved that they did not bring any drugs.
Agustín Pérez Velasco and Martín Pérez Domínguez were captured on Wednesday, June 1, by a group of about 30 armed policemen, some of them civilians, after having testified on behalf of their three companions, and have also been charged with the alleged murder of the policeman.
During a hearing in the Control Court of San Cristóbal de Las Casas, where no access to the press was allowed, yesterday the prosecution presented three pieces of evidence against the five defenders of the territory: two statements by municipal police and a medical examination, which has no scientific value. “The doctor says that the policeman died from a hemorrhage in the viscera and I wonder how he could determine it if he never checked his internal organs,” says Jorge Gómez Hernández, a lawyer for the CDH Frayba, which assumed the legal defense of the detainees.

There is no autopsy to prove that the municipal policeman — who according to the defense was found drunk in a ravine by the residents of the C’ani’ neighborhood of San Juan Cancuc, rescued and delivered alive to his colleagues — was killed.
“This is the point: the new law of the accusatory criminal system says that the prosecution should not have corroborated the existence of a crime, in this case a homicide. To link to the process, you can just presume that a crime was committed and suspect that the defendants committed it,” says lawyer Gómez Hernández. “It is a very low standard for a penal system, where people’s freedom is at stake, and it is contrary to international parameters. How is it possible that you can have a person in jail without even having proven the existence of a crime?”
During the hearing, in front of the door of the State Center for Social Reintegration for Sentenced Persons (CERSS) number 5 of San Cristóbal de Las Casas, where last Saturday the Believing People marched to ask for the release of the five defenders of the Tseltal territory, yesterday people close to the policeman Antonio Aguilar Pérez demonstrated. Their banners singled out the defendants as guilty and called for the officer’s death not to go unpunished.
“They beat him to death, without explaining the reason for his detention. The people who murdered my father with blows were Messrs. Juan Velasco Aguilar, Agustín Pérez Domínguez and Manuel Sántiz Cruz, among others that for the moment I can not mention, “said Marco Antonio Aguilar Pérez, son of the deceased, in a statement he read in front of the press. “Don’t let them release my dad’s killers, don’t be intimidated by groups of human rights defenders defending criminals and murderers. If there is no justice on the part of the state, it forces people to take justice into their own hands.”
Marco Antonio Aguilar Pérez, son of the deceased municipal policeman Antonio Aguilar Pérez, asks for justice for his father in front of the San Cristóbal de Las Casas prison.
The investigation file does not recognize the relatives of Antonio Aguilar Pérez as witnesses, but indicates that at the time of the events some municipal police were present – two testified against the accused – and residents of the C’ani’ neighborhood of the municipal capital of San Juan Cancuc.
There is fear among them to go to testify, because they all saw the magnitude of the operation (three patrols of the National Guard, three of the Army and two of the municipal police) that led to the arrest of Manuel Sántiz Cruz, Agustín Pérez Domínguez and Juan Velasco Aguilar. And everyone knowsin what can happen to those who testify in their favor: the day after doing so, Agustín Pérez Velasco and Martín Pérez Domínguez were also arrested for the alleged murder of the municipal policeman.
What we do at Animal Político requires professional journalists, teamwork, dialogue with readers and something very important: independence. You can help us keep going. Be part of the team.
Subscribe to Animal Político, receive benefits and support free journalism.#YoSoyAnimal 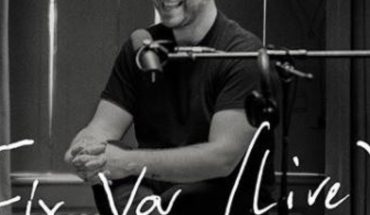