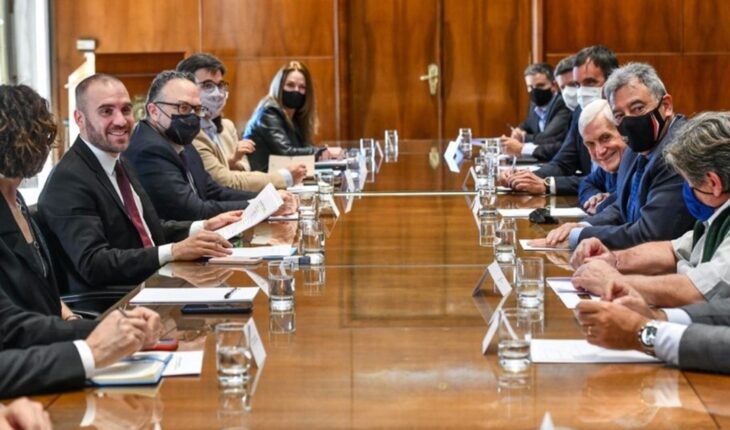 The Government announced that it will eliminate from next January the withholdings on exports of cars and auto parts that exceed the levels of commercialization with the outside of the previous year. The measure was announced by the Ministers of Economy, Martín Guzmán, and Productive Development, Matías Kulfas, in a meeting with industrialists and unions that make up the sector, held at the Palacio de Hacienda.

With @Martin_M_Guzman we announced the elimination of export duties on incremental exports of the automotive industry, including cars and auto parts. This measure will help boost a strategic sector in terms of production, foreign exchange generation and employment. pic.twitter.com/yJq6gVdaGR — Matías Kulfas (@KulfasM)
October 1, 2021

Economía noted that the elimination “seeks to promote exports from the automotive sector, vehicles and auto parts, through the tax relief of incremental exports.” It aims at the development of Argentine industry, with a focus on value addition and job creation for economic recovery,” he said. According to INDEC data, the automotive complex exported during 2019 for USD 7,126 million, which represented 7.9% of exports. >

In 2020, exports, with the industry affected by the pandemic, reached USD 4,309 million, and represented 7.9% of total sales abroad. This year, exports from the automotive pole reached, according to the latest figures from INDEC, in the first half of the year to USD 3,038 million, with an increase of 77% year-on-year and 8.6% of total sales. The terminals and auto parts of the automotive sector “will only pay export duties up to the amount of exports invoiced in 2020 (4.5% or 3%) and once that level is exceeded, they will be taxed 0% for new exports or incremental exports.”

Export duties are eliminated for incremental exports of the automotive industry, including cars and auto parts, which implies an expanded regime established in Decree 150/*2021 that expires on December 31 of this year
⏩https://t.co/rPjG7lRiWx — Adefa-Prensa (@Adefa_Prensa)
October 1, 2021

In 2018, the previous government began to apply an effective rate of 7.5% ($3 for every dollar exported) for all products of the automotive industry. Last week, guzman’s ministry announced a similar measure with services exports, which had also been taxed in 2018 by Nicolas Dujovne and Mauricio Macri.